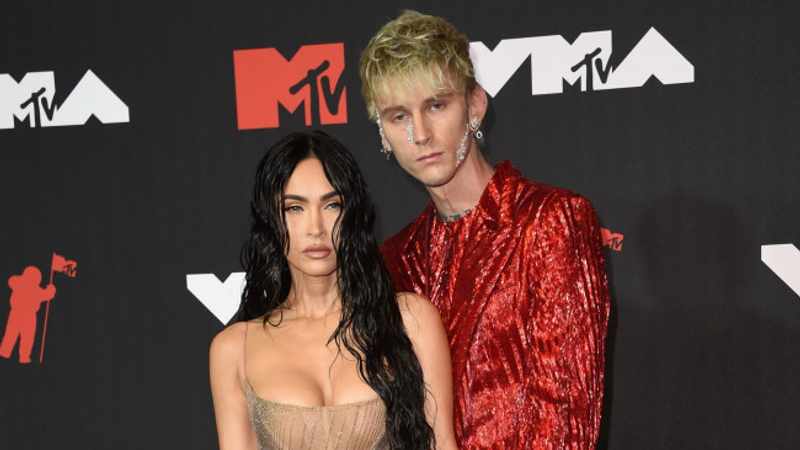 Machine Gun Kelly once accidentally stabbed himself while trying to impress Megan Fox.

The 31-year-old musician – whose real name is Colson Baker – is currently in a relationship with the ‘Jennifer’s Body’ actress, and has said that while he was in the process of trying to win her over, he managed to puncture himself in the hand with a knife as he was showing off.

Kelly admitted he was playing around with an engraved knife given to him by Blink-182 drummer Travis Barker when the incident occurred.

He said: “Travis got me this knife that had an engravement from the new album on it and I was like, ‘Check this out, this is sick,’ and I threw it up and it came and stuck in my hand.”

And while the ‘Daywalker’ hitmaker tried to act as though the injury was no big deal while he was with the 35-year-old actress, he quickly crumbled after she left.

He added during an appearance on ‘The Tonight Show starring Jimmy Fallon’: “The next morning as soon as she left, I was like, ‘Yo, I need stitches real quick.’ ”

Meanwhile, a source claimed last month that Kelly could be set to propose to Megan in the near future.

An insider said: “They’re very in love and beyond obsessed with each other. They are ready to take this next step in their relationship.”

The music star has been “telling friends that he is planning to propose” to his girlfriend, who was married to Brian Austin Green between 2010 and 2021, with whom she has sons Noah, nine, Bodhi, seven, and Journey, five.

The ‘Wild Boy’ musician and the ‘Transformers’ star started dating after they worked together on the film ‘Midnight in the Switchgrass’.

And they recently opened up about their high-profile romance, with Kelly explaining how strong their bond really is.

Speaking about their relationship, he explained: “It should be light, but also we go to hell with each other. It’s ecstasy and agony for sure … I don’t want people to think anything’s perfect with us. I didn’t say it was the darkest fairy tale for no reason.

“I came from broken homes and I watched love never work. Then I grew up where in pop culture they don’t even make romantic movies anymore. It hurts my soul that I wasted 30 years of my life not having any desire.”