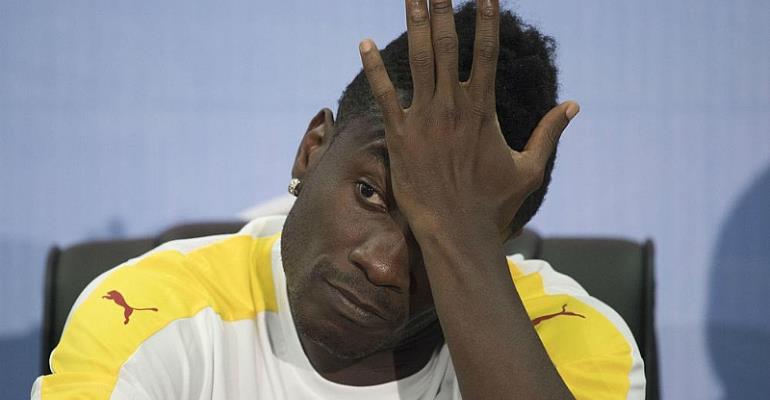 Ghana booked a place in the playoffs after a shaky start for the 2022 World Cup qualifiers with a win over Bafana Bafana with just a lone goal at the Cape Coast Stadium.

A first-half penalty from Andre Ayew was enough to separate the two teams after Daniel Amartey went down from a challenge from De Reuck.

The penalty decision is being contested by the South African FA who claim the match was fixed.

Reacting to the incident, Gyan suggested the penalty was a soft one, insisting Amartey went down too easily.

“I think the incident was a bit casual. From where I sit and how I saw it I think Daniel Amartey went down too easily but the referee was closer to the spot and probably had a better view of the situation,” the ex-Ghana captain said on Asempa FM.

However, his remarks did not enthuse Alhaji Grunsah, who has described the veteran striker as ungrateful and a pretender.

“Asamoah Gyan is ungrateful and a pretender, he won’t even get the opportunity to become a ball boy, he should stop talking about the penalty against South Africa,” the King Faisal owner lashed out on Asempa FM‘s Sports Nite show.

Meanwhile, FIFA is yet to rule on the South Africa FA’s complaint against the referee who officiated the game against Ghana.