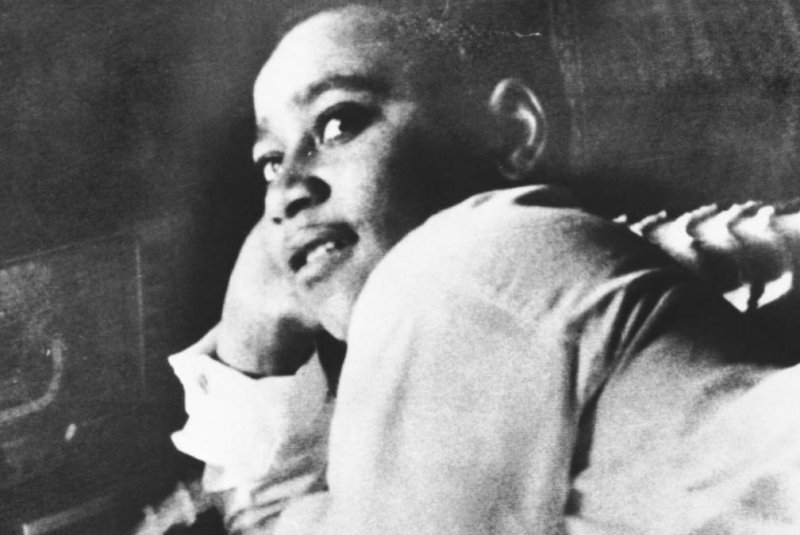 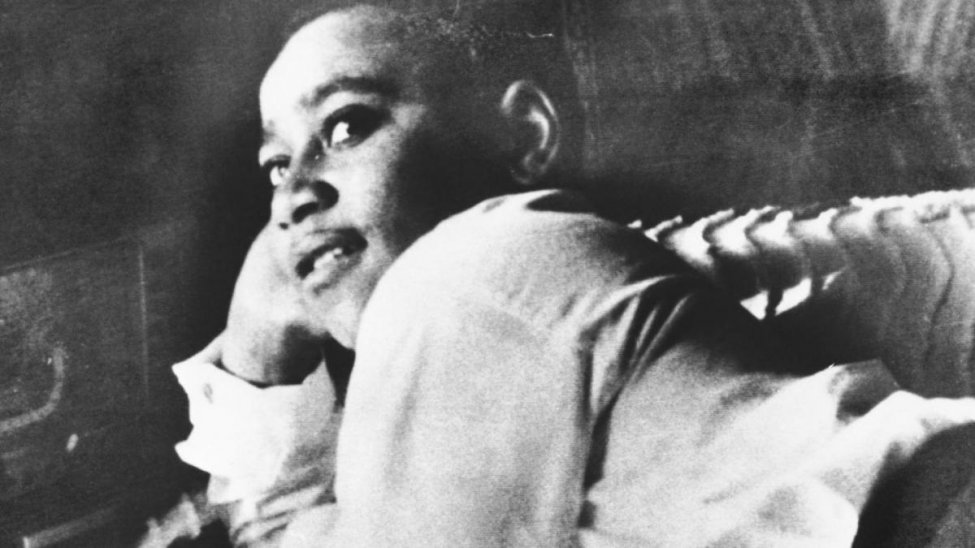 Emmett Till is shown prior to his brutal murder in August 1955. File Photo courtesy of Rep. Bobby Rush

Dec. 2 (UPI) — ABC released behind the scenes footage Thursday of Women of the Movement story on Emmett Till’s mother, Mamie Till-Mobley, who sought justice after her son’s Jim Crow-era murder.

“We are humbled to invite you behind the scenes as we tell the story of one of the most pivotal figures in American history,” ABC Network tweeted.

The six-episode limited television series will air on ABC on Jan. 6 and stream on Hulu.

“This story is about a mother who finds this unbelievable strength,” executive producer Marissa Jo Cerar said in the behind the scenes footage.

Till, a Black 14-year-old from Chicago visiting family in Money, Miss., was kidnapped from the home of his uncle, Mose Wright, by two White men on August 28, 1955, after being accused of flirting with and whistling at a White woman, Carolyn Bryant, four days earlier.

After the kidnapping, they brought Till to a barn where they lynched him, Patrick Weems, co-founder of the Emmett Till Interpretive Center, a museum supported by Tallahatchie County, told The Washington Post. The two White men also beat him and gouged out one of his eyes before shooting him in the head and tossing his body, weighed down with a 70-pound cotton gin fan tied around his neck and barbed wire, into the Tallahatchie River.

Till’s tortured, mutilated and bloated body was found in the river a few day later.

His brutal murder was among more than 4,000 terror lynchings in the Jim Crow era where state and local laws enforced racial segregation in the U.S. south, but it stood out when Till-Mobley argued with the funeral director Sammy Rayner, who wanted to close the casket.

“I want a public wake,” Adrienne Warren, who plays Till-Mobley in the limited series, says in a preview of the series, shown alongside the behind the scenes footage. “Let the people see what they did to my boy.”

In an earlier preview clip, Warren’s Till-Mobley warns Cedric Joe’s Emmett Till, of the dangers of the Jim Crow south.

“You’re going to have to take low and play small,” she said.

Joe says in the behind the scenes footage, “he was a regular kid, and it could have been me.”

“He was the Trayvon Martin of the 50’s,” Glynn Turman, who plays Till’s uncle in the series said, referring to the 2012 fatal shooting of unarmed Black 17-year-old Martin, in Sanford, Fla., which fueled the Black Lives Matter movement against racially motivated violence against Black people.

Turman added that the series “tells the story from a woman’s point of view.”

Till-Mobley wanted the world to see the toll racism and vigilante violence took on her son.

Tonya Pinkins, who plays Till-Mobley’s mother Alma Spearman, in the series, said that her decision to show the body had an impact.

“Mamie’s decision to let the world see the brutality that had been visited upon her son was an incitement to the civil rights movement,” Pinkins said.

Till-Mobley, who went onto become an educator and civil rights activist, died in 2003, at age 81, of heart failure.

The two White men, Rob Bryant, Carolyn’s husband, and his half-brother J.W. Milam, confessed they killed Emmett Till after they were acquitted by an all-white jury.

The FBI reopened the investigation in 2004 to determine if other individuals were involved. However, the agency announced nearly two years later that information developed in its exhaustive investigation that confirmed the Justice Department’s earlier conclusion that the five-year statute of limitations on any potential federal criminal civil rights violation had expired.

“To honor Emmett Till and Mamie Till-Mobley our job is to tell the story authentically, including the ugly truth,” said Carter Jenkins, who plays Bryant, in behind the scenes footage.