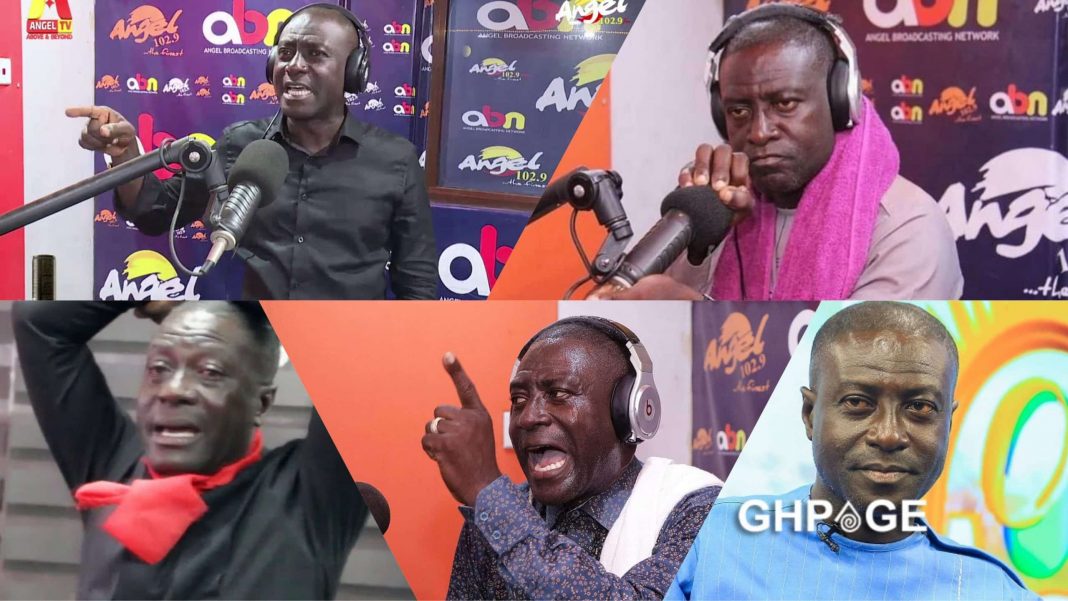 Popular Ghanaian broadcaster-born Blessed Godsbrain Smart but popularly known as Captain Smart is one of the most fearless journalists we have in the country at the moment.

The award-winning TV/radio show host has shown top-tier braveness since the genesis of his professional career as a media man.

Aside from being brave and highly opinionated, Captain Smart is a known professional truth sayer who has been a thorn in the flesh for most corrupt politicians.

In this article, brings to you the “6 Crucial Times Captain Smart Trended On The Internet.”

READ ALSO: Captain Smart arrested; this is why

1. In 2015, Captain Smart who was working with Adom FM at that time was accused of allegedly conniving with his mother to defraud women of money, s*x, affection, and more.

Well disguised in a promise of marriage. These rumors landed him into a deep troll pit and he trended on the internet for days.

2. In 2018, Captain Smart proposed to Cynthia Boamah whom he allegedly snatched from another man. During that same period, he had freshly married Afia Pokua.

He publicly sought Cynthia’s hand in marriage during the 3G Awards in the United States in the middle of the ceremony.

3. In 2019, Captain Smart married Cynthia Boamah after proposing to her in 2018 in the United States.

Prior to this marriage, the radio host had dumped his ex-wife Afia Pokua after being together for 4 years.

Captain Smart was said to have snatched her from another guy in Italy who reportedly died of grief years later.

4. In May 2021, Captain Smart resigned from his role as Angel FM’s morning show host. His resignation comes weeks after he was suspended by the station’s management.

Captain Smart in a video on his Youtube Channel stated that he was not going to return to the station because he did not want to be the cause of trouble for Kwaku Oteng’s businesses.

5. In July 2021, Captain Smart and Kennedy Agyapong locked horns on the internet after the MP accused him of owing him a sum of Ghc10,000 for some 14 air conditioners he borrowed from him in 2018.

A statement from the Ghana Police Service said Captain Smart was arrested for making “some unsavoury pronouncements that hinge on peace and security”.

READ ALSO: This is the video that led to the arrest of Captain Smart

We know that controversial Captain Smart will continue to make waves on the internet due to his controversial trait so stay tuned for more.