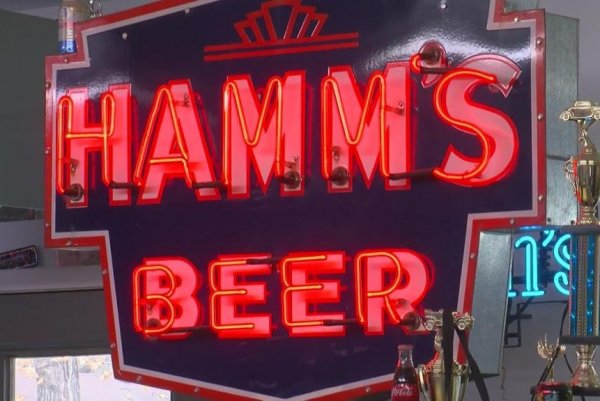 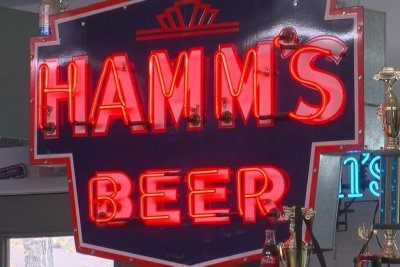 Dec. 2 (UPI) — A Minnesota man with a love for Hamm’s Beer claims he has the country’s largest collection of cans and advertising memorabilia from the brand.

Steve Miner said his collection of Hamm’s Beer cans started in the 1970s and was once counted at more than 4,000, including one of the very first Hamm’s cans from 1935.

“Since this was such a new thing they even had the instructions on the side on how to open them,” Miner told WCCO-TV.

Miner said he started collecting Hamm’s signs and Scene-O-Rama’s — back-lit moving signs — before they became popular items for collectors of vintage memorabilia. He said many of his collected advertisements are tied to Hamm’s classic ad campaign featuring a bear.

“The bear was invented in 1954. Whether you drank Hamm’s or not, you had to enjoy those commercials,” Miner said.

Miner’s business, Hamm It Up!, offers repair services for Scene-O-Rama’s and vintage jukeboxes.

“I’m seeing more and more young people that are collecting this kind of stuff, because either their dad or their grandpa did it and it brings back memories,” he said.