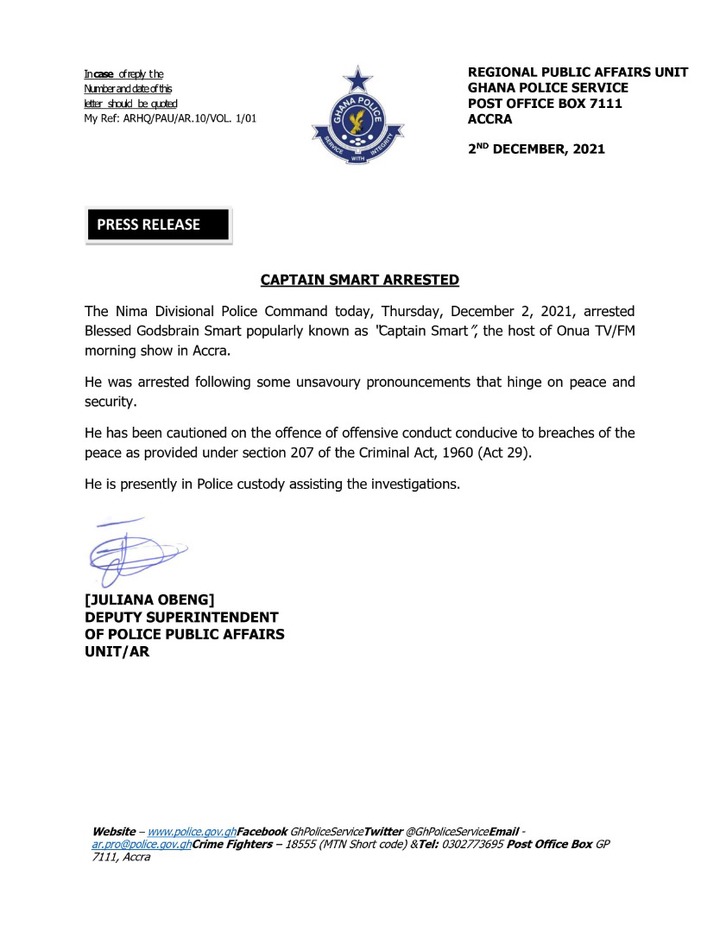 Captain Smart was earlier this morning picked up by operatives of the National Security. He was later handed over to the Nima Divisional Command of the Ghana Police Service. According to a police communique that was released by the Police, the host of Onua Maakye was arrested for certain unsavory comments that he made that are bound to affect the peace and security of the country.

Media General also released a statement where they said they were doing everything possible to get Captain Smart released by bail. Well, it seems it worked and the vociferous TV host and probably the most watched morning show host is back. In a series of posts on his Facebook page, Captain Smart noted that nothing can stop him from speaking the truth.

He encouraged Ghanaians to stay tuned to him and his team tomorrow for the People’s Assembly. He explained that he will continue to speak the truth and that some people needed to be spoken to change the way they do certain things. 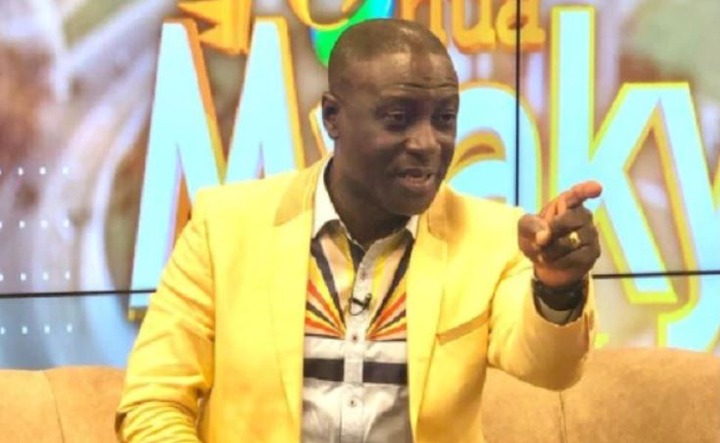 “We have to speak some sense into the brainless brains that have taken over the length and breadth of this country” Captain Smart said.

All eyes will be on Onua TV/FM tomorrow as the first People’s Assembly comes off. It will see people from all walks of life raising issues affecting them in the country.

Check out the video with the link below

What I Saw Yesterday With My Own Eyes: President Nana Addo Must Be Commended