“The Only Places Ghanaian Musicians Can Fill Are Baba Yara And Ohene Gyan Stadium, Not O2 Arena”-Fan Asserts 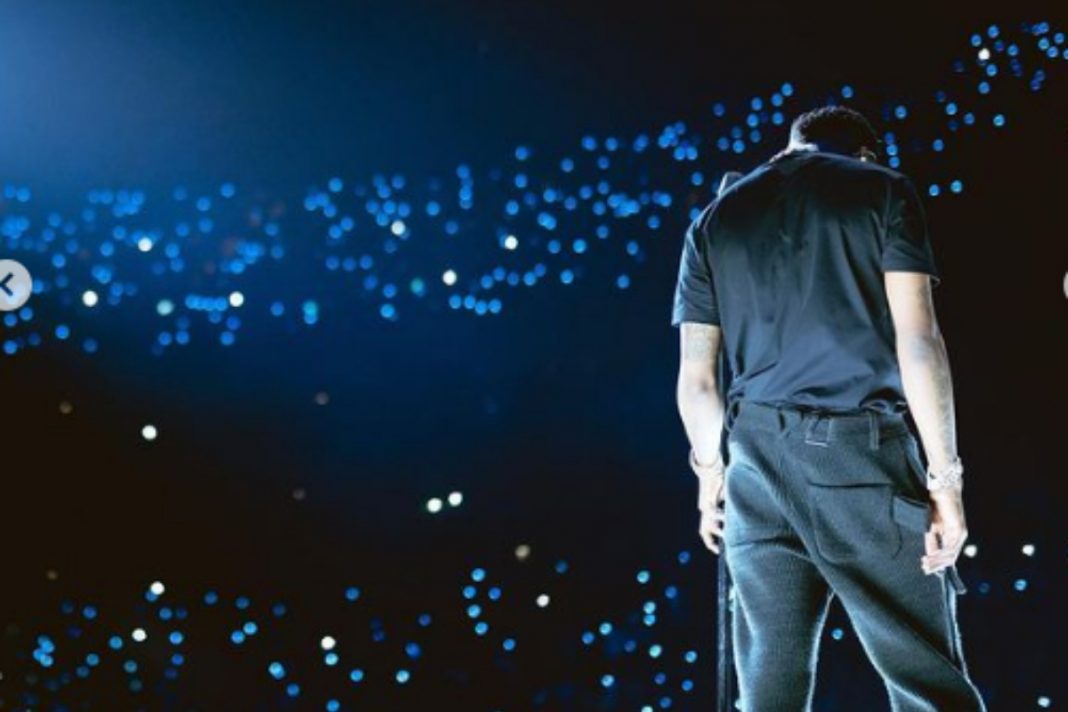 A tweep has asserted that Ghanaian musicians do not have what it takes to fill the multi-purpose indoor event center, O2 Arena in London. Per the fan’s point of view, no Ghanaian musician can fill O2 Arena at the moment.

READ ALSO: “Yaa Jackson Has No Respect For Her Father”-Former Manager, 925 Laments

This comes shortly after the “Made In Lagos” crooner held a 3 days concert at the O2 Arena in London and in a recent post, he promised his fans a once-in-a-lifetime experience. Wizkid according to stats is tied with the Mega-star, Beyonce as one of the fastest to sell out the O2 Arena.

Earlier, he announced his O2 Arena tour in August, with the first date selling out minutes after tickets went on sale. The “Made In Lagos” concert saw some of the big names in the African music industry thrilling fans with electrifying performances alongside Wikid.

Burna Boy, Tems, Ckay, King Promise, Buju, Bella Shmurda, Chris Brown, and other stars had the opportunity to perform on the mega-stage with Wizkid.

Well, the debate as to who will be the first Ghanaian artist to single-handedly fill the O2 Arena has been a very undecisive one but according to a tweep, no Ghanaian musician can do so at the moment.

According to the fan, the only places Ghanaian musicians will be able to fill are the Baba Yara and Ohene Gyan Sports stadium. He added that not even the three top artists in Ghana, Sarkodie, Shatta Wale, and Stonebwoy can fill the O2 Arena if they come together to put up a show.

He wrote; Make No bro lie you!!! No Ghanaian Musician can fill 02 Arena right now. Not even Sarkodie, Shatta Wale and Stonebwoy combined. The only place they can fill is Baba Yara and Ohene Gyan sports stadium. Pure local artistes!!