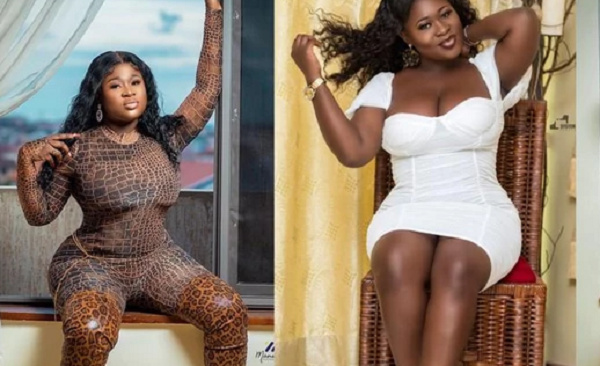 Popular Ghanaian singer, Sista Afia, has denied rumours that she has engaged in some sort of body-enhancing procedure.

The ‘Weather’ hitmaker who appears to suddenly have a snatched waist, and a much more protruding bum said she has never gone through liposuction.

It can be recalled that some individuals after chancing upon Sista Afia’s ‘new body’ on social media concluded that she has gone through an enhancement procedure.

Efia Odo during a conversation with Sista Afia on UTV’s United to settle their beef in October said, “I like your new body, it looks great”.

It was in this light Ghanaians took Sista Afia’s response as confirmation to the liposuction claims.

But in a new development, Sista Afia has denied ever going under the knife to fix her body, “Well, I have changed. I have lost a lot of weight, and I have been doing so many crazy workouts. I don’t know where they heard that from. Because when I was going to fix my body, who was there with me? Nobody was there. I am just minding my business, drinking a lot of water and just looking good. What is the big deal?

“Why does every time a girl looks good, then there’s an uproar about fixing their bodies? It doesn’t make sense. At the end of the day, even those with fibroids go to the hospitals to have it removed. So how much more as a woman, if you don’t feel comfortable with your fat, why can’t you go and remove your fat? It just means the same thing,” she added.