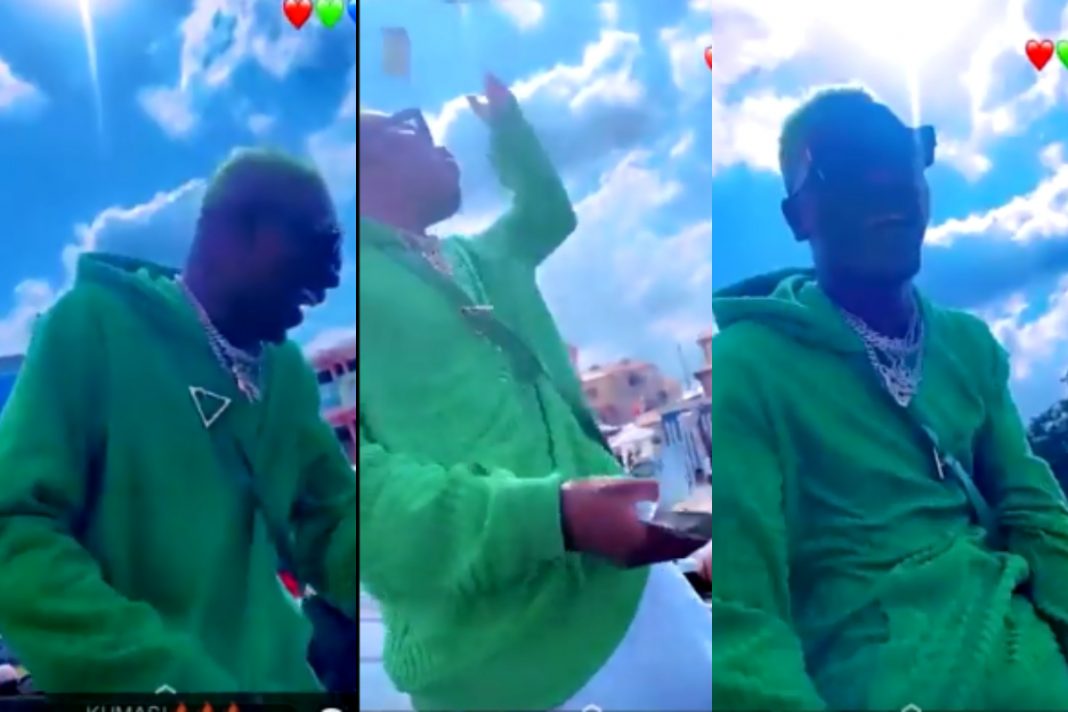 Ghanaian dancehall musician, Charles Nii Armah Mensah Jnr., well known as Shatta Wale has proven to his naysayer that he is indeed the richest musician in Ghana as he is being spotted spraying hundreds of cedi notes on the streets of Kumasi.

The dancehall giant earlier landed in Kumasi alongside his buddy, Medikal as they headline a mega concert in Kumasi dubbed the Taabea Taacum concert which has been scheduled for Friday, December 3, 2021, at the Kumasi Heroes Park, Baba Yara Stadium.

Earlier, a video popped up on social media that captured the moments the two stars were given a rousing welcome by hundreds of fans on the streets of Kumasi.

Another video has been sighted on Twitter that captured the moment Shatta Wale was spraying hundreds of cedis on his fans as they chant his name on the street.

In other news, Ghanaian US-based rapper, Sam Safo, popularly known as Showboy has stated emphatically that Ghana’s vocalist, Mugeez of R2Bees fame should be addressed as the Afrobeats in Africa and not Nigeria’s Wizkid and Davido.

He made his submissions following Wizkid’s huge success in London after he stormed the O2 Arena with his “Made In Lagos” tour. Wizkif gave a lifetime experience to his wonderful fans and audience at the multi-purpose event center after he rocked the stage with classic tunes from his “Made In Lagos” album as well as some of his old tunes.

Other African-International stars like Bella Shmurda, Tems, King Promise, Buju, and Chris Brown also thrilled the audience with amazing performances as they performed alongside Wizkid.