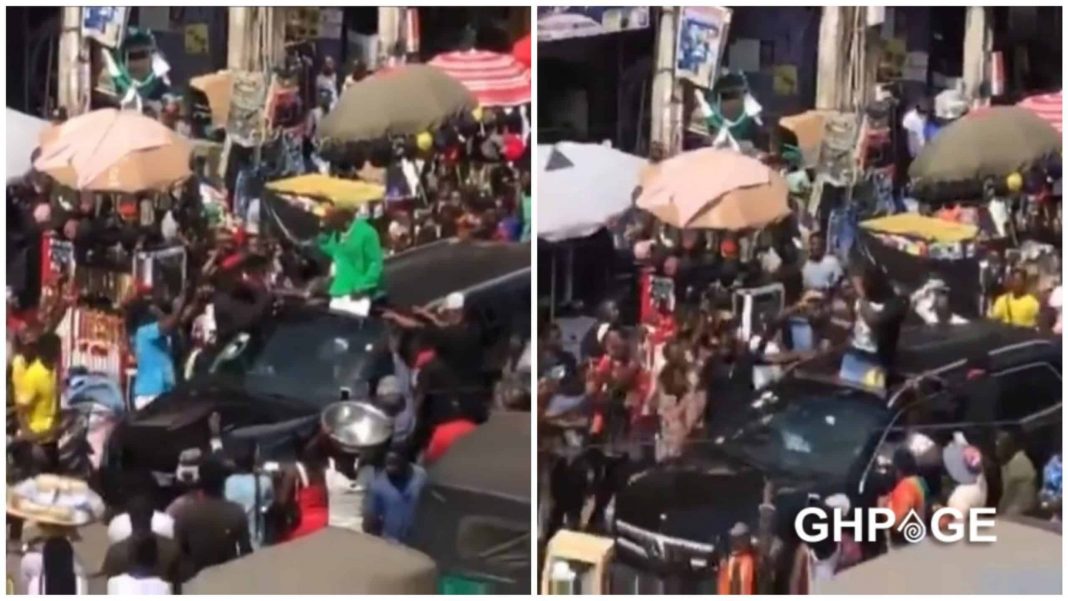 Shatta Wale and Medikal has once again added more weight to their authorities as part of the top musicians in Ghana with the largest fan bases.

The two music maestros are currently in Kumasi ahead of the Taabea Taacum music concert that will come off tomorrow at the Baba Yara sports stadium.

A video from their triumphant entry into the regional capital has landed on the internet.

From the video, market men and women can be seen giving the two music stars a triumphant welcome as they left their shops and goods behind to come and wave at them.

Shatta Wale and Medikal were in a convoy as they paraded the principal streets of Kumasi to announce their presence ahead of the mega music concert.