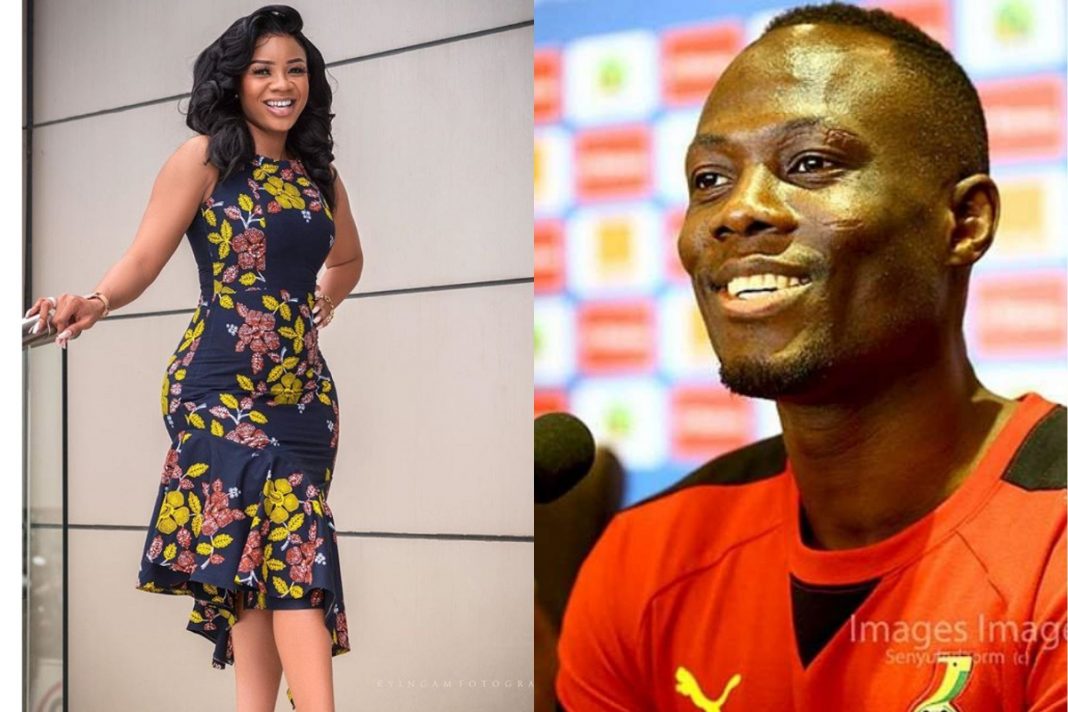 Serwaa Amihere has been dragged on Twitter over her birthday message to footballer Agyeman Badu teasing him with his age that she knows he isn’t 31yrs old as claimed by him and others.

Serwaa Amihere tweeted to celebrate Agyeman Badu but ended up teasing him saying she knows he isn’t 31yrs as claimed, asking how old is she that he will be 31yrs as claimed confirming allegations and rumors that footballers reduce their age to fit in.

Some netizens who think this joke of Serwaa Amihere is too expensive especially considering the fact that Agyeman Badu is a pro footballer have dragged her for bullying him saying if this tweet was made by someone else targetted at her, Ghana would have been on fire.

Serwaa Amihere looking at the gravity of her post deleted it a few minutes but unfortunately for her, it has already gone viral and is being dragged on the net for bullying Agyeman Badu who is still a pro footballer. 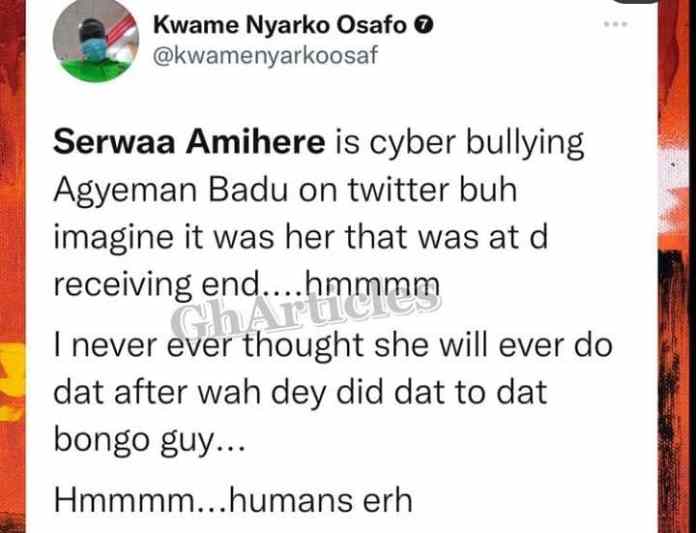 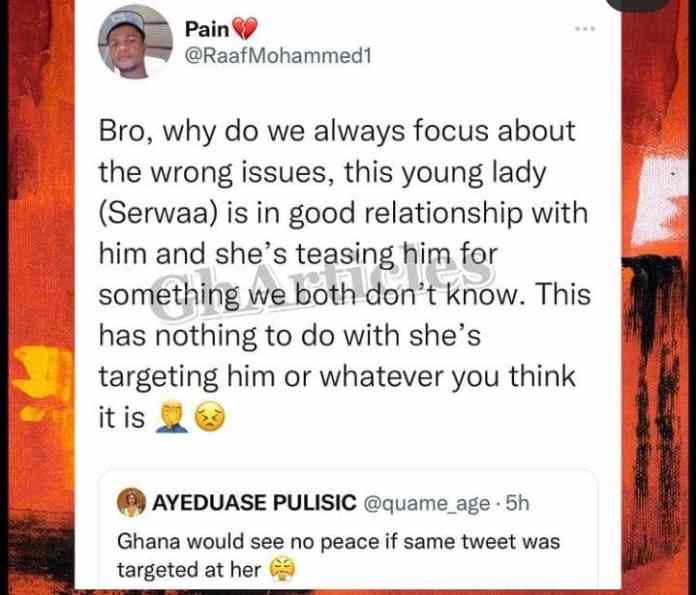 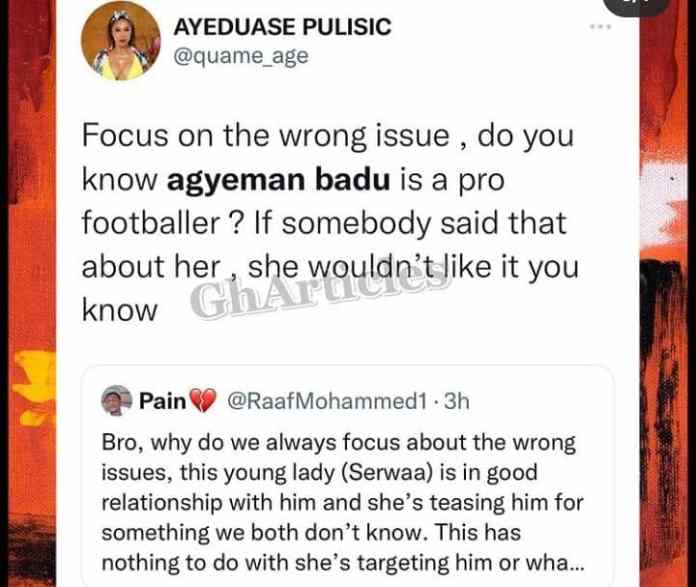 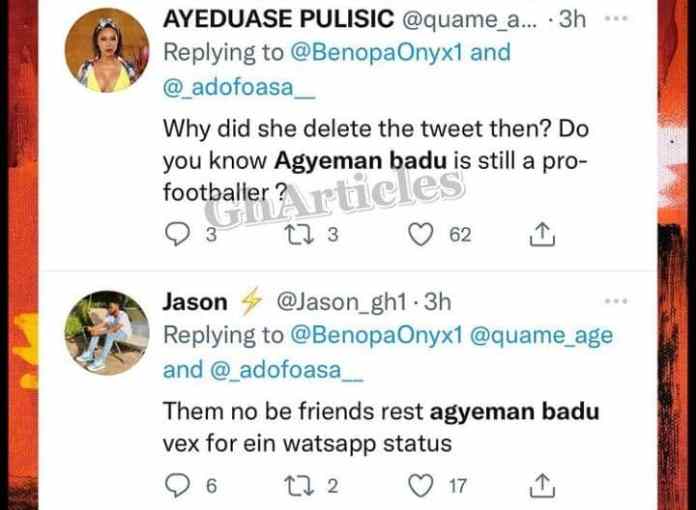 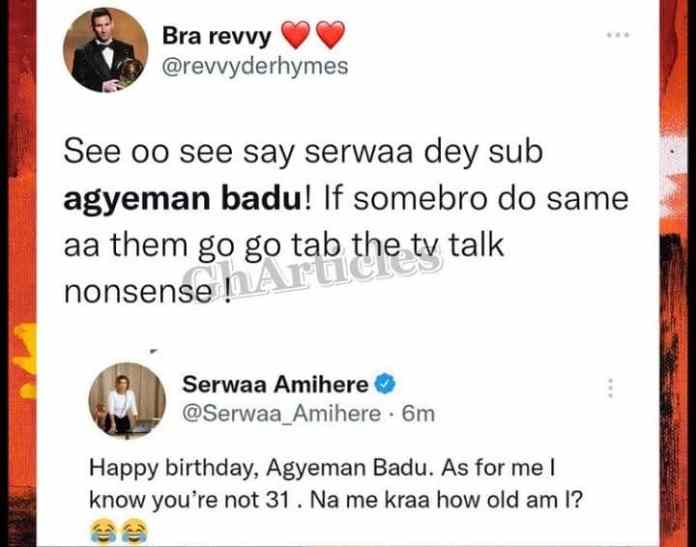