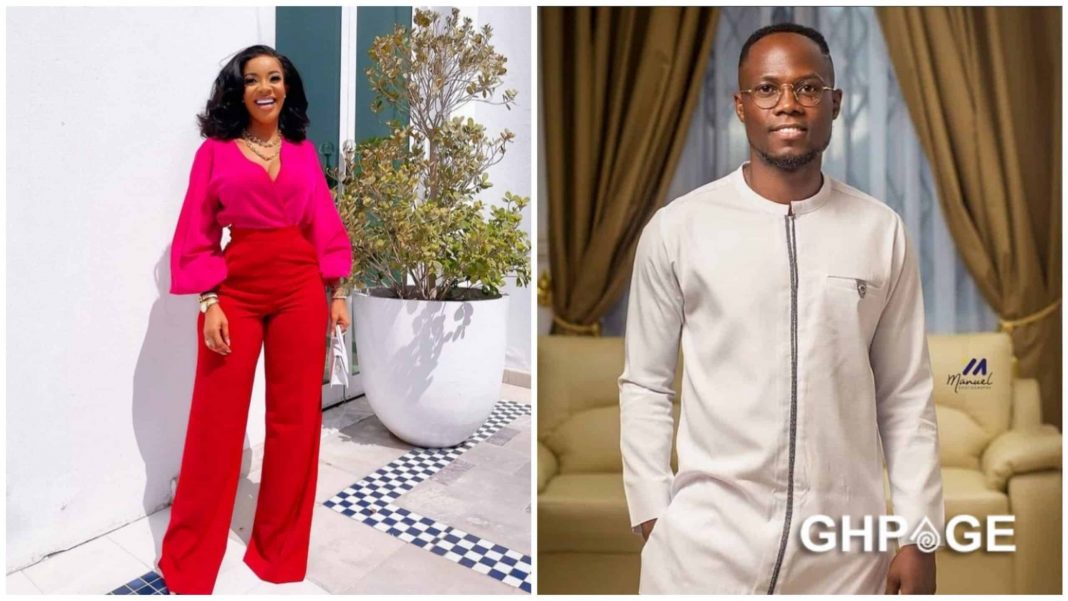 Today is the birthday of former Black Stars midfielder Emmanuel Agyeman Badu and as usual, many celebrities have taken to their social media pages to wish the soccer star well.

Serwaa Amihere who hates to be trolled on the internet is part of the celebrities who have dropped a birthday message for Agyemang Bady but surprisingly, she added a pinch of disrespect to her note.

READ ALSO: ‘Anytime you quarrel with your partner, think about the sex you had before you break up’ – Shatta Wale

According to Serwaa Amihere, she’s highly aware that Agyemang Badu is more than 31 years old.

She used herself as an example as to the reason Emmanuel Agyuemang Badu is obviously more than 31 years old because she herself is 34.

READ ALSO: Admire my music, not my body – S3fa to critics

Many tweeps have come after her because Hell would have broken loose if another celebrity made the same remarks about her.

For the record, Emmanuel Agyemang-Badu was born on 2 December 1990 in Berekum, so until his parents openly refutes his date of birth no one can call him out for lying about his age.