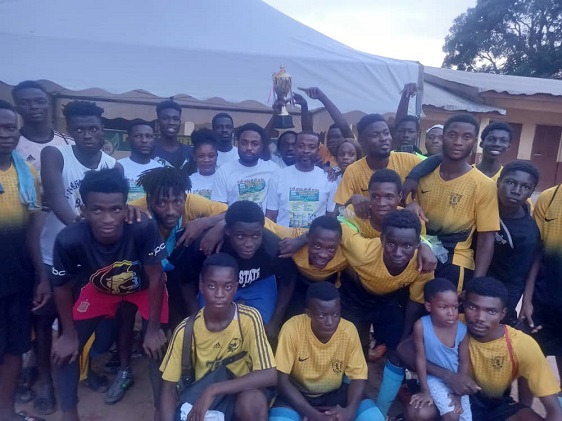 The winning team displaying the trophy

The Chief Executive Officer of Prophesy Scientific Herbal Clinic, Noble Dr. Elijah Mensah Bonsu, has organised a six-team gala as part of activities marking his one year anniversary of operation in the Greater Accra Region.

The participating teams received a handsome reward for taking part in the gala competition.

14 Spartans trounced 21 Attackers 5-0 in the final game, and for their efforts, they received a set of jerseys, a special cash prize, and a trophy.

The second and third runner-ups also took home special prizes for their efforts.

The Prophesy Scientific Herbal CEO said in a post-gala interview that the competition has come to stay, and expressed the hope that more of its kind are in stock in the coming years.