Otumfuo charges police to deal with proliferation of alms 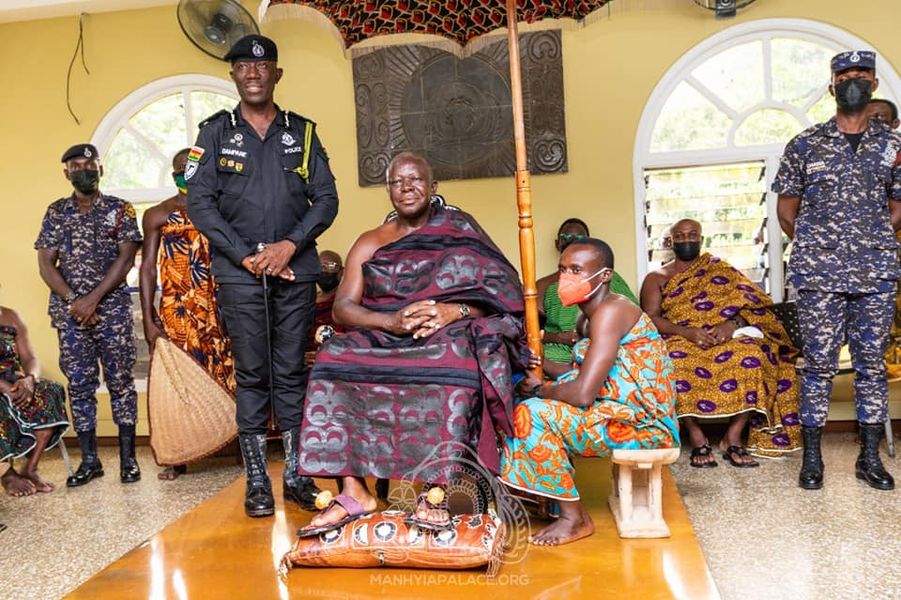 The Asantehene, Otumfuo Osei Tutu II, has charged the Inspector-General of Police (IGP) to help deal with the proliferation of arms in the country.

The overlord of the Asante kingdom says the phenomenon poses a threat to the country’s security.

The Asantehene said this when the Inspector-General of Police (IGP), Dr George Akuffo Dampare, paid a courtesy call on him in the Manhyia Palace as part of a visit to the Region.


The Asantehene made reference to happenings in neighbouring countries to justify the need to maintain peace in the country.


The Otumfuo, however, commended the IGP for his good works in the initial period of his tenure, emphasising the need to foster good relationships with the citizenry.

To bring dignity to the service, the Asantehene wants the police service to ensure discipline among personnel.


Meanwhile, the IGP has emphasised his drive to improve standards in the service.