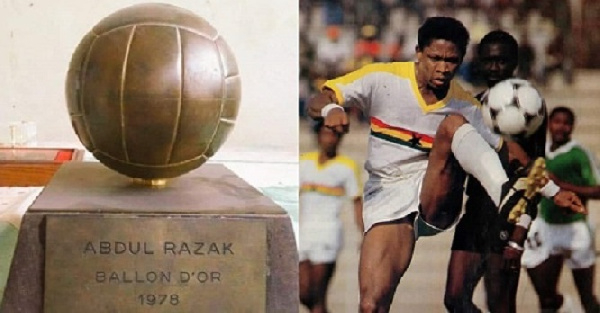 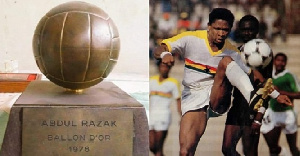 CAF took over the organization of the awards in 1994

The France Football Magazine has been in the news recently following the 2021 Ballon d’OR ceremony held in Paris, France on November 29, 2021.

Liberia President, George Oppong Weah remains the only African to have won the coveted World Footballer of the Year award even though two former Asante Kotoko players have the France Football Magazine organized awards in the past.

The two legends were decorated with Ballon d’OR plaques which signified their superiority on the continent.

Ibrahim Sunday won the African Ballon D’OR Award after beating his Asante Kotoko teammate Robert Mensah and Cameroon’s Francois Ndoumbe to become the first Ghanaian to win the award after Mali’s Salif Keïta had won the maiden edition in 1970.

Even though the award for purposely for Africans, Ibrahim Sunday and Abdul Razak have plaques as Ballon D’OR winners.

The two still remain the only Ghana Premier League players to have won the Africa Ballon D’OR Award now CAF Footballer of the Year Award.