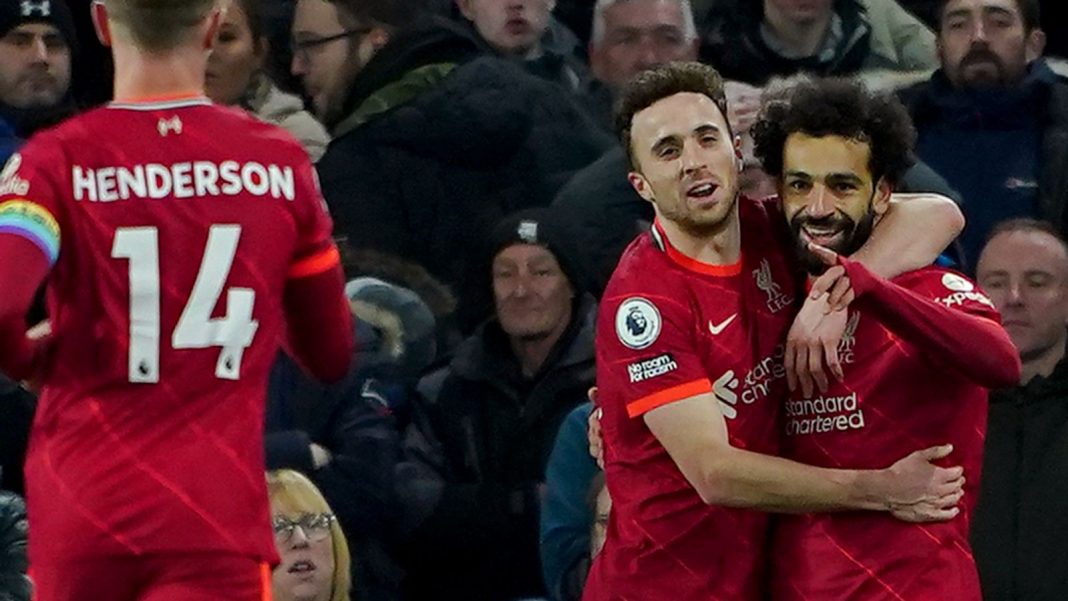 Mohamed Salah was at the double as Liverpool remained in touch with the Premier League pacesetters courtesy of a rampant 4-1 win at Everton in a one-sided Merseyside derby at Goodison Park.

The Reds made a fast start with Jordan Henderson opening the scoring with a sublime first-time strike on nine minutes.

Salah then added a second on 19 minutes when he was allowed to charge in from the right and flash a fine finish beyond Jordan Pickford for his 12th goal in his last nine away outings in all competitions.

It was also Liverpool’s 500th league goal under Jurgen Klopp and saw them become only the second PL team to score at least twice in 10 successive away matches.

Everton had barely had a look-in and the home crowd were quick to vent their frustration with Rafael Benitez looking increasingly concerned in his first Merseyside derby as Blues boss.

However, the Toffees did snare a lifeline seven minutes prior to the interval when Demarai Gray latched on to Richarlison’s pass and steered a clinical shot beyond Alisson.

The second period was briefly a more even affair until an error by Seamus Coleman allowed Salah to surge clear and tuck a low shot into the corner to restore the visitors’ two-goal cushion on 64 minutes. It was the Egyptian’s 19th goal in 19 matches in what is proving to be another stellar season for the forward.

Diogo Jota then rubbed salt in the Blues’ wounds with a brilliant turn and finish to leave the home supporters rushing for the exits.

The result sees Liverpool remain third, two points off top spot following wins for both Manchester City and Chelsea. Everton are 14th and just five points above the drop zone.

Next up, Liverpool visit Wolves on Saturday while Everton host Arsenal on Monday night.