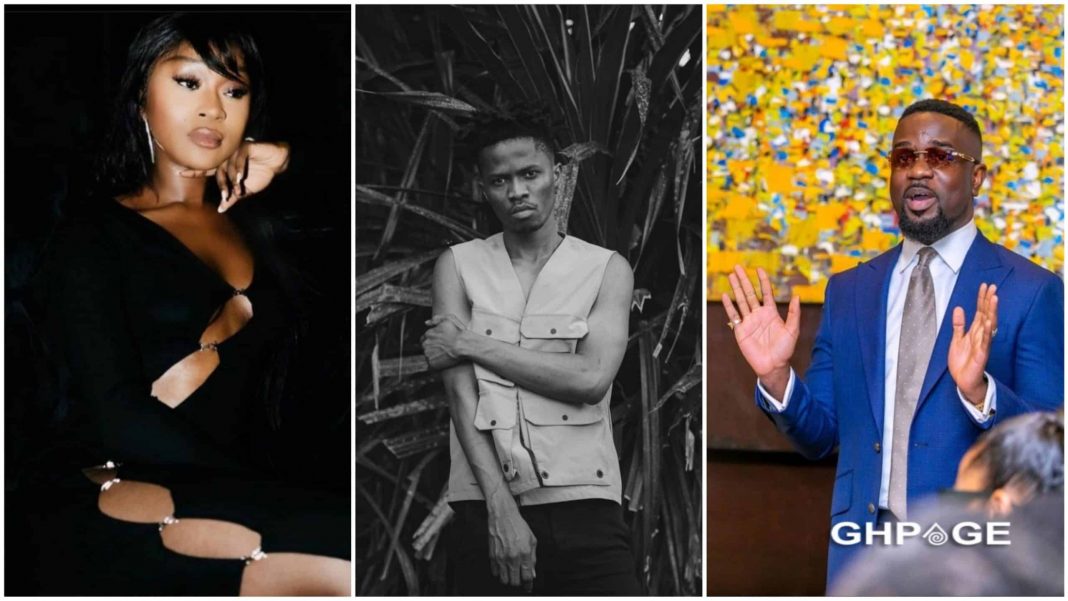 Celebrities like Sarkodie, Nana Ama Mcbrown, and Afia Odo are currently battling it out over who the Kwesi Arthur biggest fan is.

Efia Odo who is clearly leading the race has chided both Sarkodie and Nana Ama Mcbrown for trying to steal her spot.

Well, Kwesi Arthur has finally broken silence on the whole brouhaha and according to him, he is his own biggest fan.

Speaking in an interview with Abeiku Santana on OKAY FM, Kwesi Arthur stated unequivocally that although he appreciates the fan support and love but he’s his own biggest fan.

According to Kwesi Arthur, it will be very unfair on his part for him to choose a favorite amongst Sarkodie, Efia Odo, Nana Ama Mcbrown and other fans so he has chosen to be his own biggest fan.

Now, Efia Odo can go and rest after carrying the “Biggest Kwesi Arthur Fan” tag on her head like a street hawker.