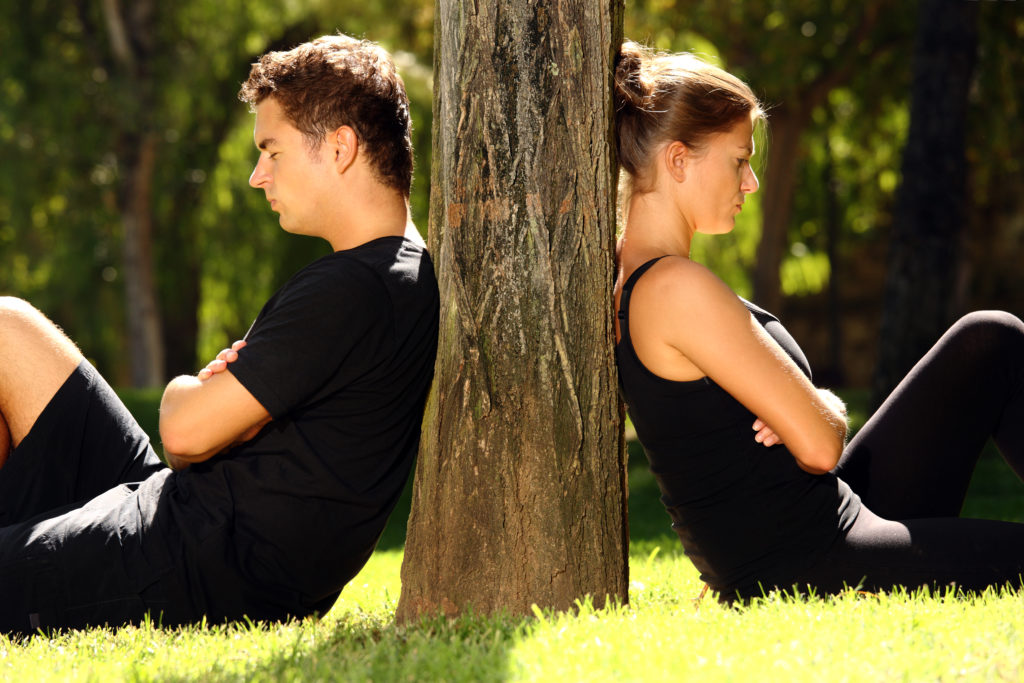 It’s true — we can’t help who we fall in love with, but what if you’ve fallen for a married man?

I’ve never met a woman who was proud of being called “mistress,” but that’s exactly what I became in the summer of 2013.

I’d been lonely in my marriage for 15 years. My husband was a kind, honest man and a great stepdad to my daughter, but I wasn’t receiving the love, nurturing and physical attention I so desperately needed.

We tried marriage counseling on and off for many years, and romantic getaways never seemed to fill the void.

The truth is, the passion had faded and we had become “just friends,” roommates raising a child together.

I was left feeling unattractive, unwanted, and emotionally abandoned, questioning whether or not the divorce was the answer.

Unlike many people who “stumble” into an affair, I was brutally honest. My husband came home from a week-long business trip (during which time he never called home), and at dinner, I announced that I was unhappy where we were in our marriage; I showed interest in seeing other people if our relationship didn’t improve.

I asked him for a “hall pass” and agreed to give him the same when he traveled. We really didn’t like the idea of an open marriage, but we both weren’t sure that divorce was the answer either, so we needed to try something different to figure things out.

That weekend, I signed up for Ashley Madison, a website for those in committed relationships wanting to have affairs. As a married woman, I didn’t want to sign up for a normal dating site. I was seeking attention from a man who was also unhappily married, assuming we would be on the same page.

I was very honest in my bio on Ashley Madison and received a couple of hundred responses within a few days. It was very clear that many of these men were pros at “wooing” women and were regular cheaters, having never really committed to anything in their life, much less marriage.

Soon, I was swept off my feet by the attention these men paid to me and I stayed really busy on dates when my husband was away. I know this sounds absolutely terrible, but I never aspired to become the mistress. What I really longed for was the loving attention of my husband; he just didn’t have it to give.

I justified the situation in my head, thinking that these men were much like me: not getting the love and attention they needed at home either, but also did not want to break up their families if they didn’t have to.

Then, I fell in love.

His name was Andy. He was from New Jersey and temporarily living in Columbus for a work project. We talked online on Ashley Madison and he was quick to ask me out. We met the next evening for drinks before he had to catch his plane to go home for the weekend.

He couldn’t take his eyes off of me, and the two of us both sat in a booth face-to-face, looking into each other’s eyes and finding that we had so much in common. It was like I’d just met my long-lost best friend.

What attracted me most about him wasn’t his looks; it was his passion and interest in me. I believed his story—that he, just like me, was in a marriage with someone who abandoned him physically and emotionally. He, too, wanted to keep his family together, but he also wanted to feel loved.

He would come to Columbus for work and leave every weekend to go home to New Jersey.

After a few weeks, I found myself living with him in the hotel room and going back home on the weekends. I confessed my love for Andy to my husband and that made it clear to both of us that I was making a choice to leave our marriage.https://6f24acb33f65b8378a555fb092db8648.safeframe.googlesyndication.com/safeframe/1-0-38/html/container.html

My college-aged daughter was furious with me and hated me for my behavior; she had every right to do so. I was behaving badly, selfishly removing myself from my family for the love of another man. It was the first selfish act that I’d ever made.

Everything I’d ever done was for my family, but at this time in my life, I was literally blinded by love. By the end of the summer, after three months of being together,

Andy’s contract ended and it was time for him to return back home to New Jersey. We promised each other that this was just the beginning and not the end. We talked about marriage and growing old together. We were wrong.

I quickly learned that I wasn’t Andy’s first mistress, and I soon learned later that I wasn’t his last. There were probably even one or two others during the time we spent together. Perhaps he really loved me; perhaps I got played by a player. I may never know the truth.

What I did learn was that I was capable of loving and feeling loved again. I experienced the passion I yearned for. I realized I was settling for a mediocre love life in my marriage, and that it was possible to have a committed, loving, passionate relationship again. My relationship with my husband ended in an amicable divorce, and we are still friends raising our daughter together.

The irony in all this is that I got to know Andy’s wife. She “called me out” shortly after he returned home and I answered. We actually became friends. When I saw the movie The Other Woman, it reminded me of our relationship.

I agreed to no longer contact Andy and to allow them time to work things out. I felt awful that she was living with a cheater and putting up with it, but that is her choice. We all make choices in our lives and we have to live with the consequences.