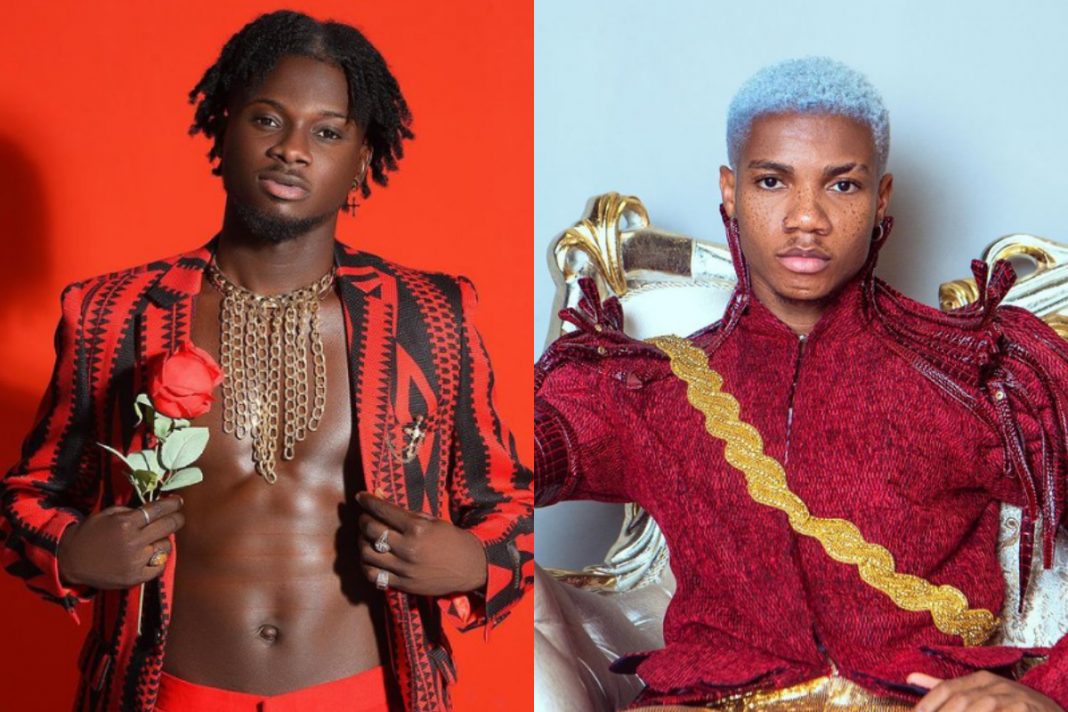 Ghanaian Highlife musician, Eugene Kwame Marfo, well known as Kuami Eugene has bragged about the fact that he has secured a lot of ambassadorial deals than his label mate, Kidi .

READ ALSO: Mugeez Is The Afrobeats In Africa, Not Wizkid Or Davido-Showboy Says

He explained that his kind of craft has always been for the masses and people of all ages, unlike his colleague who does most of his songs for a particular group of people.

In an interview with DJ Slim on ABN’s Radio One, Kuami Eugene stated that he is able to get so many ambassadorial deals because his brands believe that he targets the young, old, men ad woman with his music.

“I don’t think so. Our brand meets when it comes to the youth because I have been on international shows with him. But what makes my brand a little from him is the masses. I’m known as the son of all the people Ray why I’m able to get more than five endorsement deals to myself. When the brand is for young people, girls, boys, and energy, you can pick Kuami. I didn’t come as a Dada ba so I won’t come and act like one.” he said.

In other news, the lawyer of convicted Akuapem Poloo, Andrews Vortia has reacted after his client was served a 90-days jail term after her appeal was dismissed by the Accra High court today, says the punishment meted out to his client by Justice Ruby Aryeetey was harsh.

Speaking to Starr News after the court’s hearing, Lawyer Andrews Vortia stated that the punishment meted out to Akuapem Poloo was very harsh. He said that it was documented in both the defendant and the prosecution’s address that the punishment was harsh yet the court went aheard with its sentence.

He revealed that both the prosecution were synonymously agreeing to the fact that the decision to have the mother of one spend 90 days in prison was harsh but it is very sad that the judge still went on with the “harsh” verdict.