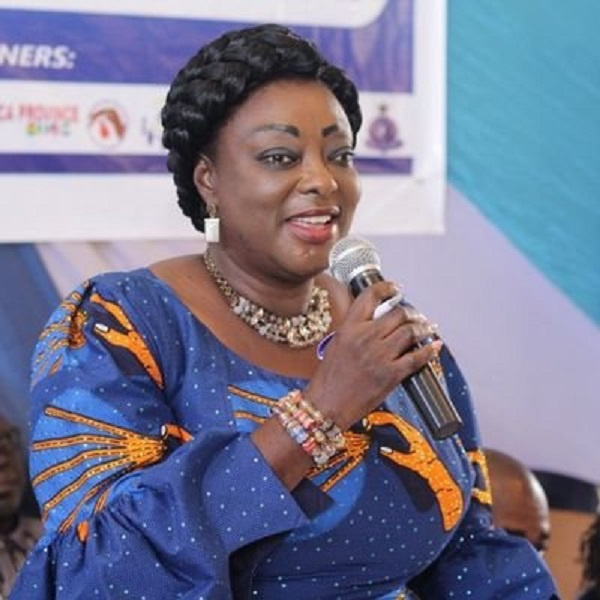 Freda Prempeh, Minister of State in charge of Works and Housing

Minister of State at the Ministry of Works and Housing and Member of Parliament for Tano-North Constituency, Hon. Freda Prempeh has kicked against claims by the National Democratic Congress (NDC) that the MP for Dome-Kwabenya, Adwoa Safo was impersonated in parliament on Tuesday, 30th November 2021.

The minister shared that on Tuesday, she met with the MP, spoke to her and asked how the family was faring.

She has described the NDC’s allegations as “petty” and a means to divert attention from the substantive matter.

In a phone interview with Samuel Eshun on the Happy Morning Show, she explained: “They [NDC] are just being too petty. They have moved from the substantive issue. They may have engaged in impersonation before and that is why I believe they are alleging we have done that.

“I can confirm that I saw and spoke to Adwoa Safo. She came to the caucus meeting and I met her in the chambers. I walked to her. She has not been well.

“She wasn’t well so she left the chamber. She didn’t walk out nicodemously. She walked majestically out. It is neither here or there. This argument is too petty.”

Meanwhile, the Minister has supported calls for investigations into the matter so that the truth she knows will prevail.

The North Tongu MP, Samuel Okudzeto Ablakwa, has disclosed that the Minority in Parliament is investigating a case of impersonation of Dome Kwabenya MP, Sarah Adwoa Safo, in Parliament on Tuesday.

According to him, the Minority side suspects the lady the Majority side came in with was not the Dome Kwabenya MP.

Meanwhile, the majority side has dismissed this assertion as they insist that the Gender Minister was present on Tuesday.