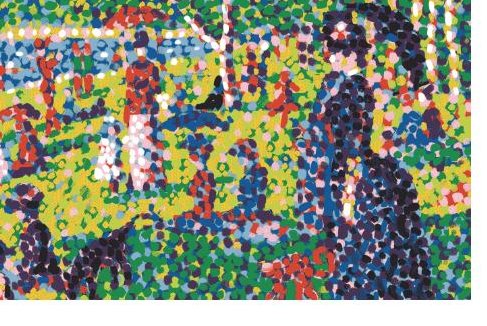 Dec. 2 (UPI) — Google is celebrating French painter Georges Seurat, on what would have been his 162nd birthday, with a new Doodle.

Seurat was born on this day in Paris in 1859. The artist is known for examining the scientific study of color theory and optical physics to develop an original style he named chromo-luminarism, later known as Pointillism or Divisionism.

Google’s homepage showcases the Pointillist technique by using 200,000 tiny brushstrokes and dabs of contrasting color to represent Seurat’s most famous piece, A Sunday Afternoon on the Island of La Grande Jatte — 1884.

Some art historians have theorized that Seurat’s techniques were influenced by the atmospheric effects of volcanic eruptions, which produced the most colorful sunsets recorded during the 1800s.

“Here’s to an artist who never lost sight of the big picture!” Google said.