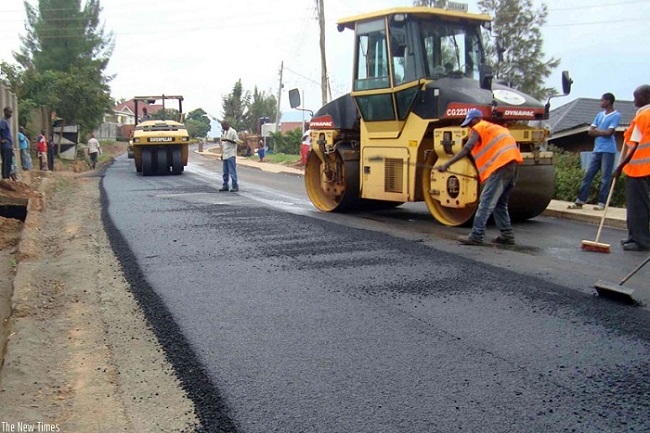 The curtains are being drawn over another year of roads, the previous one having witnessed its share of road infrastructural development to take place across the country.

We cannot deny government, the President especially for walking his talk about turning the quality of the country’s road network around.

The most expensive mode of road construction or even rehabilitation, asphalt, is the mode being adopted for what we wish to label the President’s own project. His passion for the project has remained unwavering.

Unfortunately however, we have noticed worrying developments about the roads being upgraded especially in the urban areas.

We have noticed as have experts, the reckless use of some of the roads constructed or upgraded at a high cost to the taxpayer. Some parts of the roads have been turned into fitting workshops for both vehicles and motorbikes. Such workshops litter some roads in especially Accra, a prominent one being the one at the first traffic intersection from Kawukudi towards the Kanda Junction.

There are others in Nima residential where the workshops are degrading the asphalted roads.

Engine oil and other lubricants constantly drip onto the asphalted road surfaces on daily basis thereby curtailing their lifespan.

The relevant state agencies have not bothered to take action against those who damage these roads through their occupations.

We wish to call on the authorities to ensure that our urban roads are not used as fitting workshops because the practice damages them and the state has to cough out money from the public coffers to rehabilitate them.

The MMDAs and the Police should be tasked to stop such fitting workshops forthwith. The public should take interest in protecting what belongs to the state as part of their civic responsibilities.

Another issue about our road network, especially in the urban settings such as Accra, is the faded road markings and road signs which are compromised beyond reading.

Motorists are compelled to stress themselves out as they figure out which portion of the unmarked roads they should use. Crisscrossing vehicles under the circumstances on the especially dual carriageways such as the one leading to the Pokuase interchange from the Achimota area is a common trend.

Occasional accidents do occur as a result of the erased road markings. Considering the cost of the road markings and the difficulties in ensuring that they are occasionally renewed, we ask that government turn to the permanent and reflective types. These are more expensive but they last longer and serve best the needs of motorists day and night.

Raising The Stakes, Changing The Pace