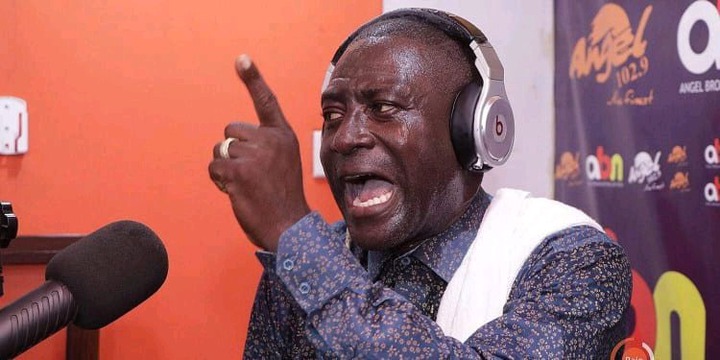 The Ghana police Service has disclosed that morning show host for Onua FM, Captain Smart has been arrested for inciting soldiers and Ghanaians upon hearing the news reacted massively and made their thoughts known on the news trending across the country.

Some people are saying that Captain Smart is be coming too disrespectful and he must be treated that way but majority of Ghanaians thought that Ghana police Service is not fair to Captain Smart based on what is happening in the country.

Some people said they are in a country where you become an enemy to the current government when you started to pin point their bad deals, incompetent, greedy and their bad governance.

Some people angrily stated that Hon Kennedy Agyapong sat on a TV station and said he will burn former President, John Dramani Mahama’s house and other leading NDC members but Ghana police Service did not arrest him for saying that and feels that Ghana police is doing favoritism.

“Saying the truth is sometimes difficult in this country and if you are not into true investigation you will never understand what is going on” someone stated.

Some people said arresting someone doesn’t necessarily mean that the person is going to be prosecuted but to aid the police in their investigation pertaining the alleged statement he or she made so people should not start judging what is happening until the police are done with Captain Smart.

“Anyone who hates the truth will support this. The question is how do we all complain about the happenings in the country and yet afraid to voice it out, when someone devotes his strength and time to speak about the rots, corruptions and over spending? We then call him names and support his arrest. Are we happy per the way the country is being run now? A question we must all ask ourselves” someone stated.

“Kennedy Agyapong threatened a Judge and Journalist on Live TV but he was never investigated by “Animal Farm” Service. We will express our opinions in this country without fear or favour. They can’t gag us” another Ghanaian angrily stated.

See how Ghanaians reacted below when peace FM disclosed the news to them.