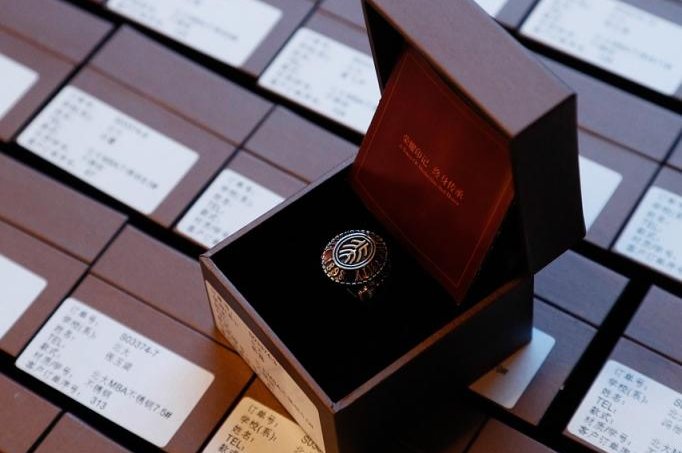 Marilyn Jackson found a Peach County High School class of 2006 ring while walking near Georgia Southwestern State University in 2006 and was able to track down the owner 15 years later. Photo by violey/Pixabay.com

Dec. 2 (UPI) — A Georgia man was reunited with his high school class ring 15 years after he lost it while out on a run.

Ian Pierson, a 2006 graduate of Peach County High School in Fort Valley, said he was out on a run while a freshman at Georgia Southwestern State University when he lost his class ring on a walking trail.

“When I lost my class ring freshman year of 2006, I never really thought I’d see it again,” Pierson told WALB-TV.

Pierson’s ring turned out to have been found by Marilyn Jackson shortly after he lost it. Jackson said she found the ring while walking on the trail, but she was unable to read the engraved letters because of the small size of the print.

Jackson said she took out ads in local papers trying to find the ring’s owner in 2006, but was unsuccessful.

She said a recent news report about another lost and found ring reminded her of the item still in her possession, and she decided to renew her search for the owner.

“I had my magnifying glass, I had my eyeglasses on, I had a couple of lamps for light. It took me about an hour to figure out what those small, tiny letters were, but it worked,” Jackson said.

Jackson searched online for the engraved name, and was soon able to connect with Pierson.

Pierson thanked Jackson for her efforts to return his ring.

“I’m grateful Mrs. Jackson found it, kept it, and sought me out after all these years,” he said.

“Well looky here; 15(ish) years later I get my high school class ring back,” he wrote.