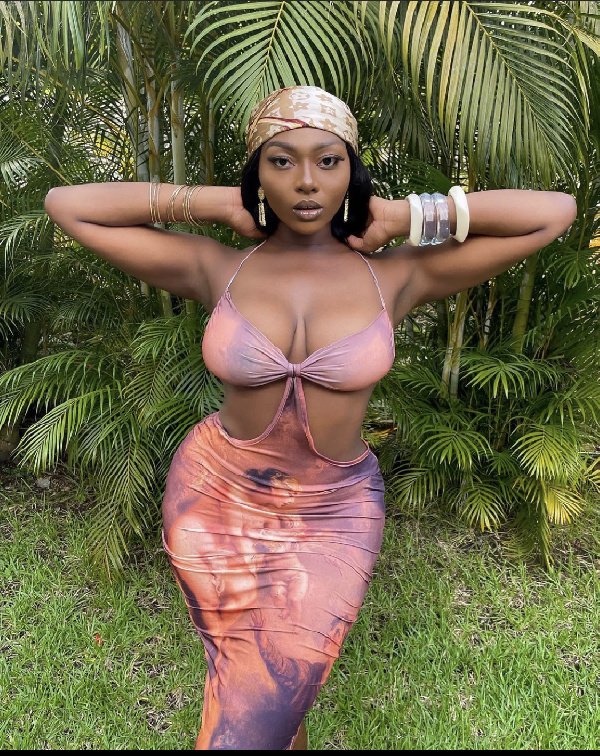 Sefa says she hasn’t surgically altered her body, but if you think she has, then according to her, that this your problem.

The Ghanaian songstress has addressed hearsays that she has gone under the knife to achieve her comparatively small waist.

When the host of United , Nana Ama McBrown, asked how she deals with these allegations, she had this to say.

“I think that it’s just people who want to know a lot about you. But it doesn’t really matter because I always say that if I wake up and I find out that there’s something about me that I don’t like, maybe there’s a pimple. I won’t wait for Empress to say that I should remove it before I go and remove it”.

“Because I am very secure about myself. I mind my own business. If I see that there’s a problem, I will fix it. I am not waiting for a celebrity to tell me that this and that is what they’ve done.”

According to Sefa, her personal business should not be the focus because she is an entertainer, and the only thing people should be worried about is her music.

“They are always saying; you will come back to tell us that you went to the gym. It has nothing to do with you. What matters is the music I am giving you. Because you pay me to be a musician. You don’t pay me to tell you about my life story”.