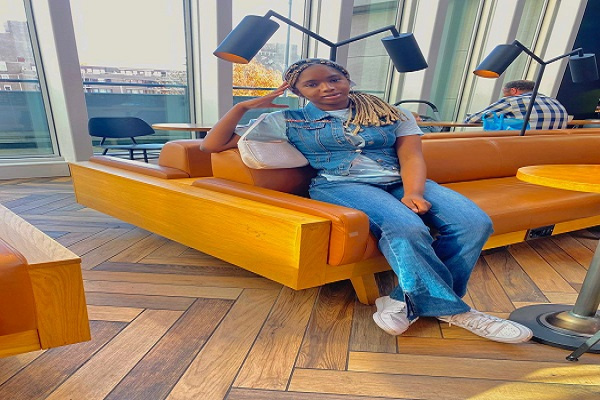 Fadu is an upcoming 20-year-old Afrobeat artist with Ghanaian and Nigerian roots. The Dutch-born singer fell in love with music at the age of 14 and grew up listening to artists like Toni Braxton, Aaliyah, Style Plus, Mzbel, Fuse ODG and Wizkid.

Her first song called “Over Again” came out when she was 17 years and she has been exploring Afrobeat since then. She has performed at The Hague’s African Festival, city halls and different musical programs.

After 3 years Fadu is back with her newest single called “Feelings” created by Dutch producer Celestino and Ghanaian beatmaker Linkin.

The song describes a long-distance relationship between her “Ghanaian boyfriend” for whom she has these so-called feelings.

Fadu wants to show the people of Ghana that it is possible to still be in touch with her motherland even though she grew up on another continent. She hopes to become an international influence on the Afrobeat community and collaborate with artists that share the same passion.

She is busy with collaborations back in the Netherlands and she would love to collaborate with artists like Kidi, Kuame Eugene and Runtown in the future.

Fadu feels like her ethnicity mix and nationality give her an advantage in the music world. She is able to mix Ghana, Nigeria and the Netherlands in her sound which differentiates her from her fellow Afrobeat musicians. People with the same background can identify with her.

Fadu has made it this far through the support of both parents and managed by film producer/director Ato Yanney jnr in Ghana, although she is based in the Netherlands, where she is currently studying Law at The Hague University of Applied Sciences in Denhaag.