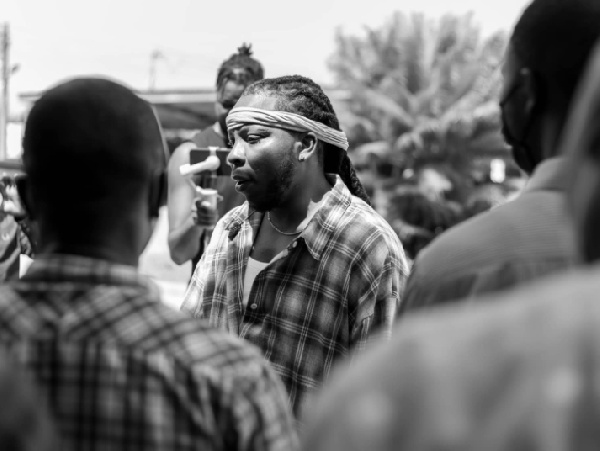 More than 200 homes destroyed in Volta Region by tidal waves

Multiple award-winning Ghanaian rapper, Edem has distributed some items to victims of the recent tidal wave that hit parts of the Volta Region.

One can recall that over 200 homes were destroyed by the high tides that swept through some communities in the region.

Earlier, some residents of the Keta Municipality were rendered homeless after the waves swept through their homes on November 9, 2021.

But in a bit to help salvage the situation and share some hope, Edem as part of his social intervention has distributed some items to support victims of the wave.

The versatile rapper, being an Anlo native delivered the items to the victims on December 1, 2021.

“My team and I made some donations to the victims of the Tidal Wave along the coastal belt of my Home Region.We also visited some of the affected areas to touch base with victims just to share a few words,” he wrote as a caption to some pictures from the donation being splashed on his Facebook wall. 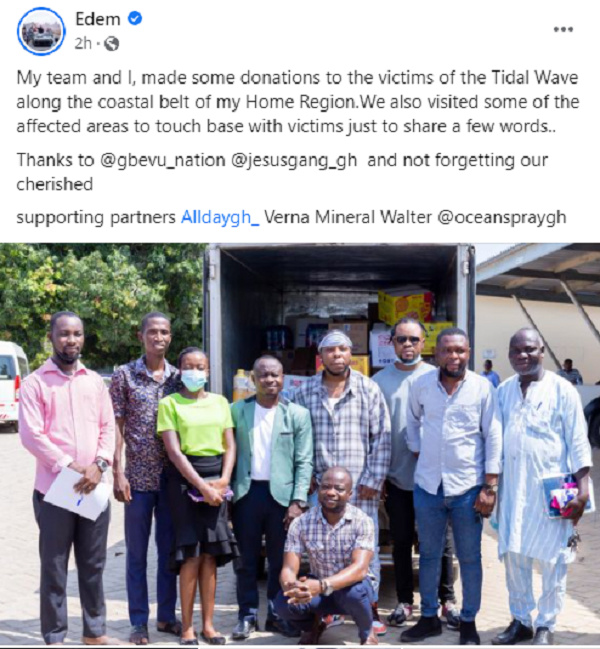 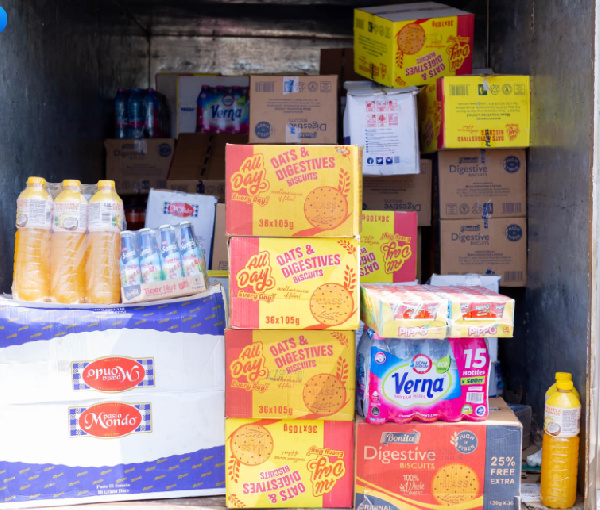 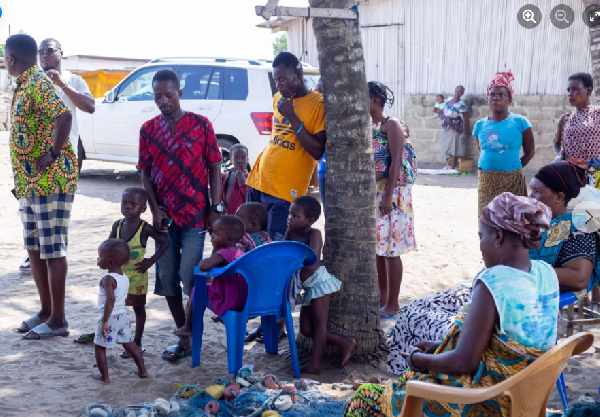