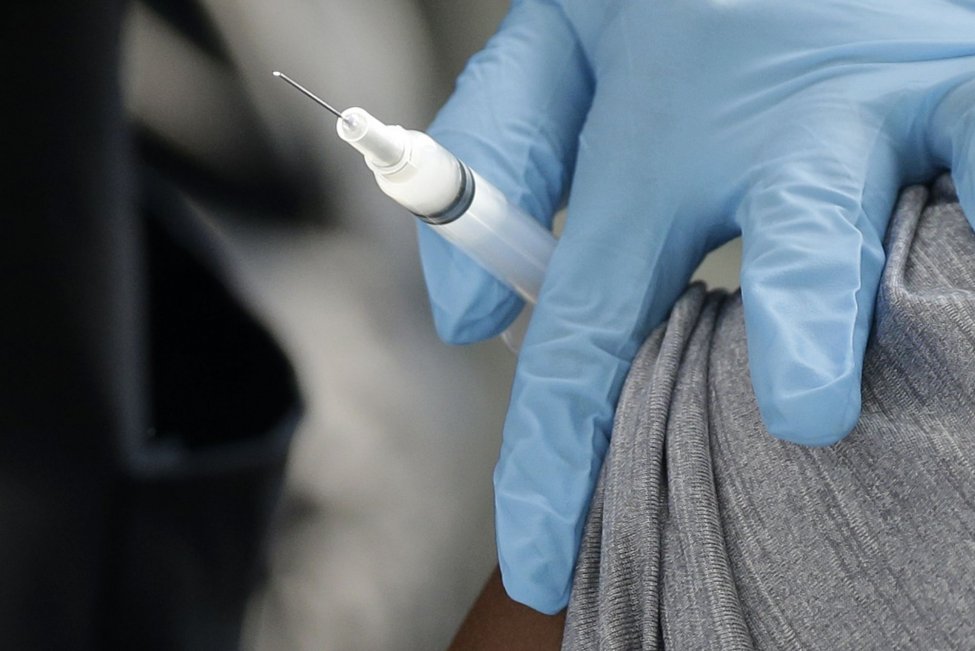 Currently available vaccines my elicit a weaker immune response to the Delta variant of COVID-19, according to a new study. File photo by John Angelillo/UPI | License Photo

Dec. 2 (UPI) — Currently available COVID-19 vaccines are less effective against the Delta variant of the virus, still the most common strain in the United States, a study published Thursday by the journal PLOS Pathogens found.

The Delta strain has seven genetic mutations in the virus’ spike protein, which is targeted by the vaccines from AstraZeneca, which is being used in Europe, as well as Johnson & Johnson, Moderna and Pfizer-BioNTech, which are available in the United States.

These mutations are sufficient to reduce the effectiveness of both the AstraZeneca and Pfizer-BioNTech vaccines by up to five times compared with other strains of the virus, the data showed.

In comparison, the newly emerging Omicron variant has 32 genetic mutations to the spike protein, experts say.

“There is concern that Omicron will be even less susceptible to [the vaccines] than Delta based on the genetic signal,” study co-author Emma Thomson told UPI in an email.

“However, the same experiments in this study need to be repeated for Omicron to confirm these initial genetic findings,” said Thomson, a professor at the University of Glasgow’s Center for Virus Research in Scotland.

She and her team are already beginning this process with samples of the new variant, she said.

The current COVID-19 vaccines are effective in protecting against severe illness from the virus, thus reducing the risk for hospitalization and death in those who are fully vaccinated, research suggests.

However, as the recent concern surrounding Omicron highlights, the emergence of new variants may diminish their efficacy, according to experts.

The Delta variant, which has been the predominant one in the United States since the spring, has already caused a slight reduction in the effectiveness of the vaccines used here, based on data from the Centers for Disease Control and Prevention.

This is because genetic mutations behind these new variants effectively change the shape of the COVID-19 spike protein, which limits the ability of antibodies, or proteins created by the immune system to fight off viruses, from recognizing them, Thomson and her colleagues said.

Vaccines are designed to boost production of antibodies against the virus but if the antibodies cannot recognize new variants, they will be less effective.

For this study, the researchers analyzed serum samples collected from healthy people who had received either the Pfizer-BioNTech or AstraZeneca COVID-19 vaccines.

Among the study participants, 156 had received two doses of one of the vaccines and 50 people had received one dose, the researchers said.

The researchers used models of three different variants of COVID-19: Alpha, which emerged in England in September 2020; Beta, which was first identified in South Africa a month later; and Delta, first detected in India earlier this year.

They exposed the three variants to blood samples collected from vaccinated participants to see how the virus responded to the antibodies in the blood.

Both vaccines protected against all three COVID-19 variants but were less effective with Beta and Delta, the researchers said.

Among those vaccinated with the AstraZeneca shot, there was a five-fold decline in immune response against the Delta variant.

“The main finding here is that the Delta variant is less susceptible to … antibodies from people who have been vaccinated, [though] we know from other studies that the vaccines are still working to prevent severe illness and death,” Thomson said.

The study “tells us that the virus is capable of gradually escaping from our immune response over time and is a warning signal that new variants may emerge in future that could require us to update our vaccines, like we do for influenza every year,” she said.