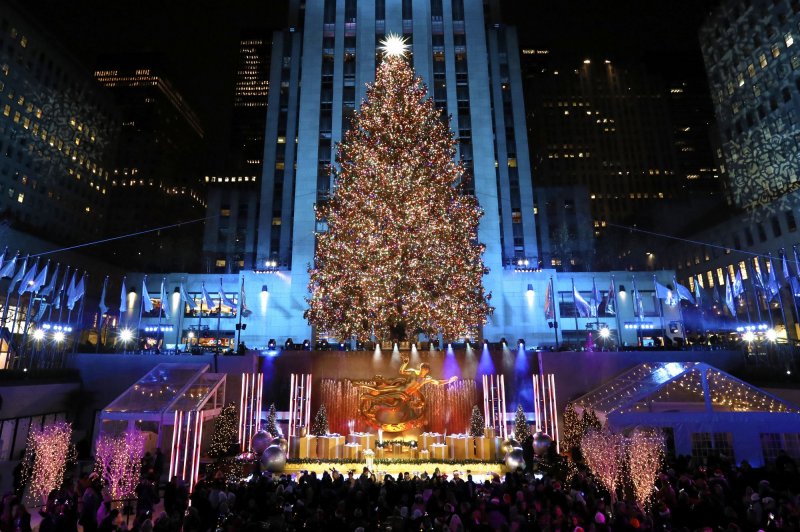 Underwood performed “Let There Be Peace” and “Have Yourself a Merry Little Christmas” in a pre-recorded set from Nashville.

Connick was on site in New York to perform “(It Must’ve Been Ol’) Santa Claus” and “Silent Night.”

Guyton performed “Rockin’ Around the Christmas Tree” and “O Holy Night,” while Paisley delivered a rendition of “Santa Looked a Lot Like Daddy.”

The event culminated with the lighting of this year’s tree, a 79-foot-tall, 12-ton Norway spruce. The 85-year-old tree was decorated with more than 50,000 multi-colored LED lights strung on over five miles of wire.

The Rockefeller Center Christmas tree lighting ceremony aired on NBC and is available to stream on Peacock. 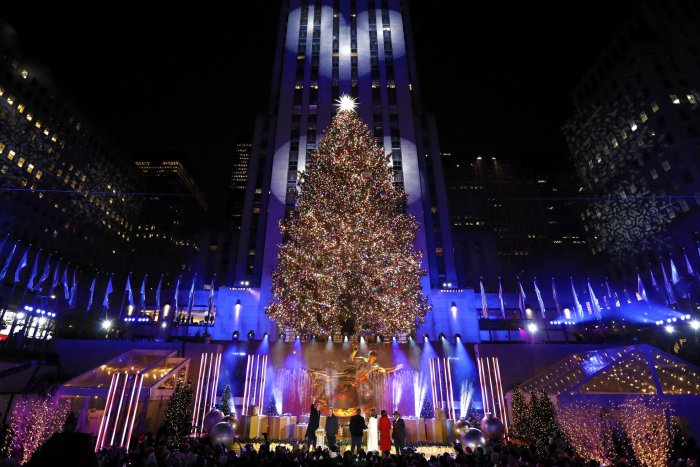