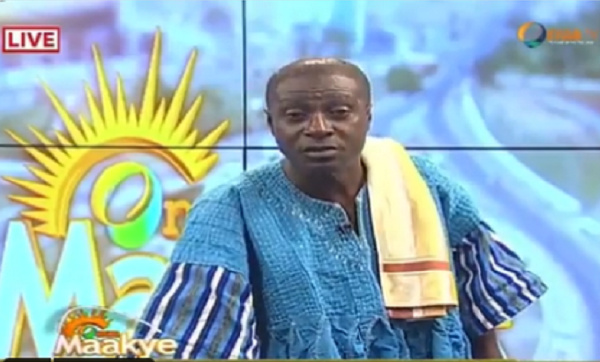 Captain Smart is a host on Onua TV

Captain Smart, presenter on Onua TV and FM has spoken for the first time since his reported arrest by Police on Thursday.

In a 2 minutes, 30 seconds LIVE video posted on his personal Facebook handle Onua Smart, he did not speak to the arrest save to confirm that he was in the office.

“I just want to alert you that the Peoples Assembly will be coming on tomorrow on Onua TV and Onua FM. A lot of people will be coming to share their views on different issues,” he is heard saying.

A Police statement said Smart had been arrested by Nima Divisional Police Command following some “unsavoury pronouncements that hinge on peace and security.”

“He was arrested following some unsavoury pronouncements that hinge on peace and security.

“He has been cautioned on the offence of offensive conduct conducive to breaches of the peace as provided under section 207 of the Criminal Act, 1960 (Act 29),” the statement said.

The statement explained that the broadcast journalist is currently aiding with investigations.

The host of Onua Maakye on Onua TV, during his show on Wednesday, December 1, 2021 said Ghana needed an uprising to bring about positive change in the country.