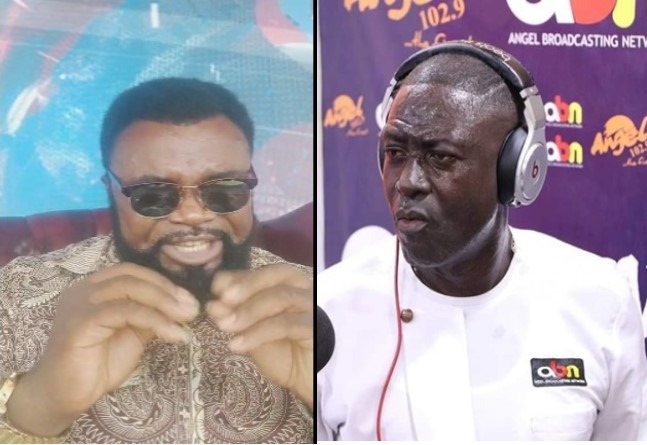 The Founder of Bread of Life Ministry, Prophet Joshua Adjei has warned Captain Smart could lose his relevance and public trust should he fail to restrain himself from some unguarded utterance on the media. According to the Prophet, there are greater things that are yet to manifest in the life of the famous broadcast journalist but his actions could cause his doom.

In prophetic advice to Captain Smart, it was noted that the fame and public confidence Ghanaians have reposed in him presents a brighter opportunity for him to become a President of the state. However, there are some personal limitations that the Prophet warns could cause his downfall.

Prophet Joshua Adjei mentioned that Captain Smart is gradually losing the respect he once earned from the Ghanaian people because he has become more bitter. He explained that the bitterness in Captain Smart is clouding his sense of judgement and reactions to issues, to an extent that his criticisms have turned into personal attacks and insults.

“You are doing a great job but your utterances must be checked. Don’t let the pain lead you. You might lose it,” he emphasized.

Prophet Joshua Adjei wonders why the Church of Pentecost has not called Captain Smart to counsel him over his outburst and recent actions. He indicated that it would serve the young man some good if the church reminds him that he is drifting.

“You could be president but you are losing out. Recently, some comments you’ve been making in public is tarnishing your image. You are gradually losing your integrity and respect.

“I am worried that the Pentecost Church is not drawing your attention to what you are doing. Your actions could lead to destruction and they must call you to order,” he admonished.

Prophet Joshua Adjei stressed that his comments are without any malice but brotherly advice to Captain Smart. He noted that it will be too late for him to realize that things are getting out of hand if he let his pride cloud his judgement.

Watch the video via the link below.

Augustine Couldn’t Land a Date Because of Looks – Ghanaians React