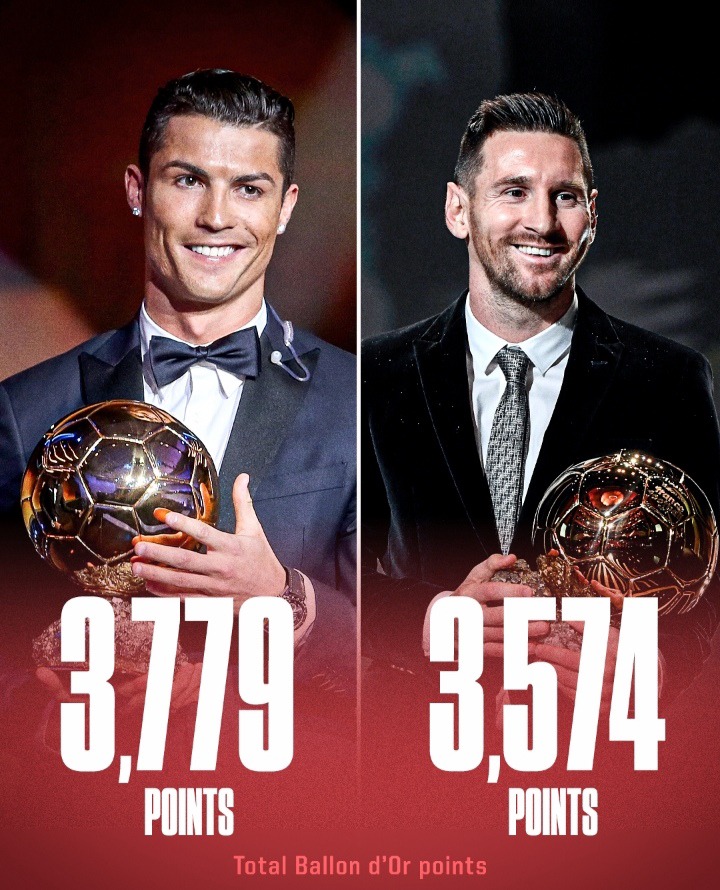 Two of the best players in the world, Messi and Cristiano Ronaldo have left a legacy in the history of football. However, people have their thoughts on who is better than who.

Ballon d’or wise, Messi has a total of 7 ballon d’ors. The 7th, he won just this year while Ronaldo is hanging at the 5th ballon d’or. Messi has more than him, however in terms of total points, Ronaldo tops that charts.

As of 2015, ballon d’or points were used instead of percentage. Ronaldo has 3779 points as you can see above. Messi, on the other hand, has 3574 points. Messi fans claim that it’s only 4 out 7 ballon d’ors that make up his total points.

The fact that Ronaldo has more points is quite consoling for his fans. Which of them is the best? It all depends on you. Ronaldo has more goals than Messi, but Messi has the most goals in a year.

To cut it short, both of them are extremely good players.