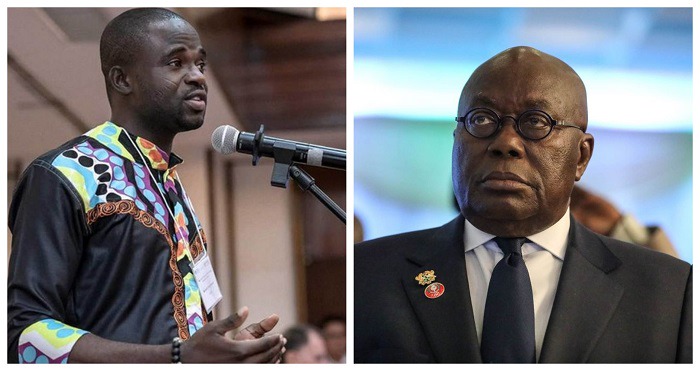 In my book, “The Fourth John: Reign, Rejection & Rebound”, I said Ghana would be faced with death by hanging and death through the firing squad in 2020. And when we lined up on December 7, 2020, we chose one of two deaths.

The bad governance with which we have been cursed in the past decade doesn’t appear to be going away soon. But that’s the path we’ve taken. We made a choice in the last election.

And we are stuck with it until December 7, 2024. That’s the kind of system we have chosen. And if we have to change it, we all, not a few gun-wielding men, should decide which way to go.

Over the years, I have read comments on this wall, comments of people wishing for military intervention. I have also heard people say privately that we need some kind of shake-up in our governance so that the politicians will come back to their senses.

But is the military the solution to this mess? I was born in 1985. When my eyes opened, Kofi Annan was the UN Secretary-General. Pope John Paul headed the Catholic Church. And “Hope” John Rawlings was Ghana’s president.

Ghana was peaceful. We were in a democratic era. In my entire life, I have not experienced the atrocities of the military era.

But I have read about some. I have listened to Kwabena Agyei Agyepong recount the final moments he had with his father, one of the three judges who were murdered in 1982 together with the retired military officer. The real perpetrators were never punished.

The main reason the military intervened was corruption. They lined up some of the people they said were the architects of corruption and killed them.

Did that stop corruption? Rawlings once said the corruption he was witnessing was worse than what happened in 1979. That shake-up did not resolve our problem.

Besides, the military isn’t made up of only angels. Some of us who have informants in almost every sector of this country know that there are some corrupt officers in the military too.

There is no way a president will dare “suspend” the popular Auditor-General in the history of Ghana in an election year if he didn’t know that it wouldn’t cost him his sleep.

The thousands that often mass up when a party member is arrested were not seen. The streets were quiet. And the president was re-elected. And we are stuck with him until 2024, all other factors held constant.

Democracy isn’t perfect, but until we find a better alternative, let us not limit our democracy to Election Day. We will never have angels at the presidency or in the cabinet. If we leave them alone, they will soon forget who elected them.

Whenever we have the sacred opportunity to elect someone, we should know that our votes have implications beyond our ethnicity and our blind partisan loyalty.

And let us not be active citizens only when the party we didn’t vote for is in power.

For now, I prefer an occupant of the Jubilee House I can criticise and still have the urge to mount my wife to one that would require that I go to Burma Camp to explain the meaning of my write-up to a group that isn’t willing to listen.