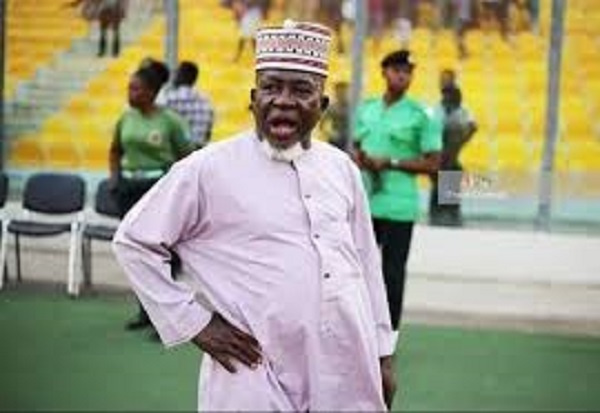 We are ready to beat Kotoko – Alhaji Grusah

Alhaji Grusah has declared King Faisal as a true club of Asanteman ahead of the local derby between his side and league leaders Asante Kotoko.

Kumasi Asante Kotoko have long been known as the pride of Asante, with the club having the Asantehene, Otumfuo Osei Tutu as its owner.

However, their status is being challenged as Alhaji Grusah is boasting that King Faisal is rather the club that represents the rich culture of the Ashanti Region.

The two Kumasi sides will go head-to-head this weekend on matchday six of the Ghana Premier League.

Grusah said his team is ready to end Kotoko’s five-match unbeaten run in an interview with Peace FM.

“Who is the landlord? Me, I’m not a tenant; I’m also a landlord. It’s a local derby, and Insha Allah, if God permits, we will claim the three points. We were unbeaten in three matches before (Berekum) Chelsea beat us. So although they are unbeaten, we can also beat them. Nothing is above God. Football is about determination, dedication and discipline. We have determination, we have dedication, and we have discipline. There are certain things I don’t want to talk about on the radio…So we are ready to play against Asante Kotoko Insha Allah.”

Asante Kotoko and King Faisal share the first and second spots on the table. The former lead with 13 points, while the latter are on 10 points after five games.