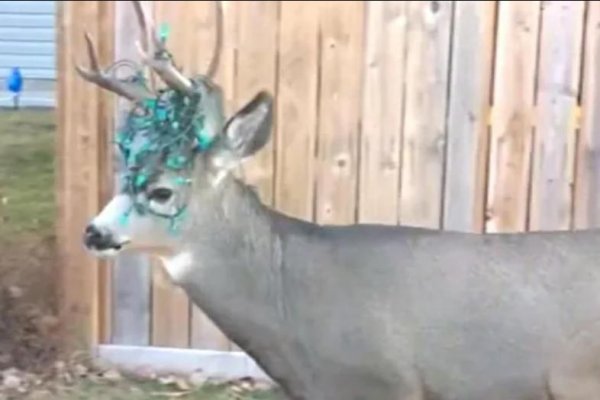 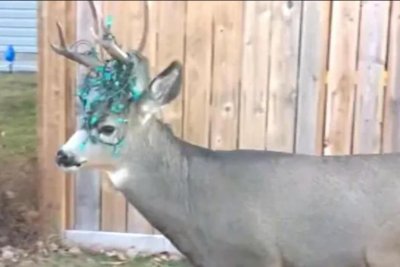 Dec. 1 (UPI) — Wildlife officials in Alberta said a deer spotted wandering with Christmas lights wrapped around its antlers doesn’t appear to be in any immediate distress.

Residents of Okotoks said the deer has been wandering around the town with the strand of lights wrapped around its antlers since at least Nov. 3.

Alberta Fish and Wildlife said officers investigated the reports and determined the deer was still able to forage and find food and water, so they decided not to take any action.

“In order to safely remove the wire, officers would have to physically restrain the deer and/or tranquilize it, which could cause unnecessary physical and mental stress,” Alberta Fish and Wildlife spokeswoman Ina Lucila said in a statement to CTV News. “Officers will continue to monitor the situation and take additional steps if needed for public safety or the deer’s well-being.”

Officials warned residents not to attempt to help the deer themselves, as the animal could become defensive and cause harm to itself or its would-be rescuers.