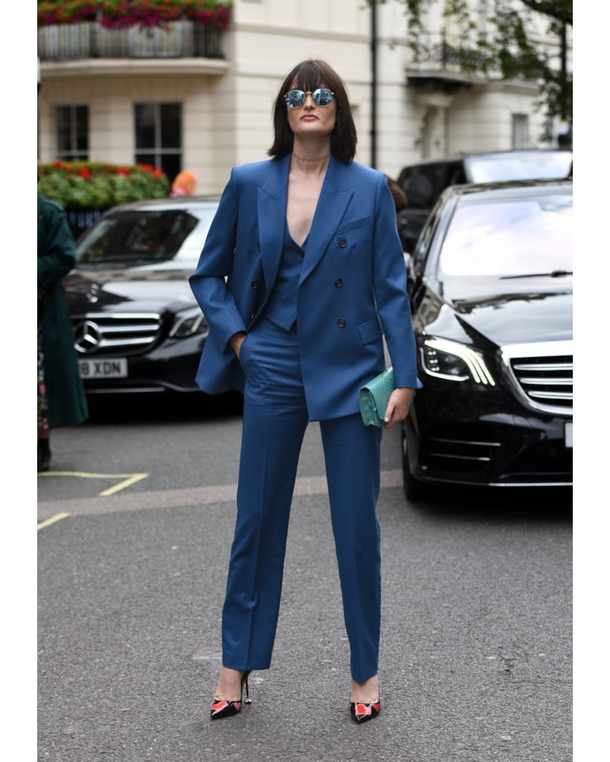 Over the past two years, loungewear has become daywear, nightwear, and can still be seen pretty much everywhere.

With nowhere to go and no reason to dress up, the laid back look – that’s a cross between PJs and leisurewear – has been eagerly embraced by those who, in the past, were constantly having to worry about what to wear to work every day.

Working from home has allowed us the freedom to take a step back from the constant pressure of having to dress in a particular way. Especially for those in the more conservative corporate environment.

However, life is slowly starting to return to a very different form of normality.

Whether it’s willingly or by force, many people are now heading back to their work offices, leaving behind the comforts of their home offices and all the other comforts that go along with it.

Dusting off our make-up kits and strapping on our bras, we once again find ourselves standing before our loungewear filled wardrobes, even more perplexed than ever about what to wear.

Having said that, there are many women who – on the opposite side of the spectrum – have been longing to slip into their Louboutins, button up their crisp white shirts, slick back their hair and contour their faces to a flawless finish.

It’s been sheer torture for the die-hard fashionistas to not be able to dress up. To not be able to rock all the hottest looks and fill their Instagram pages with LOTD (Look Of The Day) posts.

With the return of live runway shows at the string of Fashion Weeks over the past few months, the street styles spotted outside the shows are a clear indication that people have been eagerly awaiting the time to, once again, show off their slick and perfectly planned looks.

Through all the layers of bright tulle and statement coats, the power suit has come through as a look that transcends the boardroom.

Dressed up with heels or down with chunky sneakers, the power suit is making a bold comeback.

From muted tones to acid brights, baggy to structured, one can never go wrong wearing one.

Celebrities like Victoria Beckham, Jennifer Lopez and Zendaya are fans of this look, and wear them in different ways that show their personalities.

Anyone who wears a power suit instantly exudes confidence. Even if you’re not feeling particularly confident on the day, slipping into one will have you feeling an upgraded version of yourself.