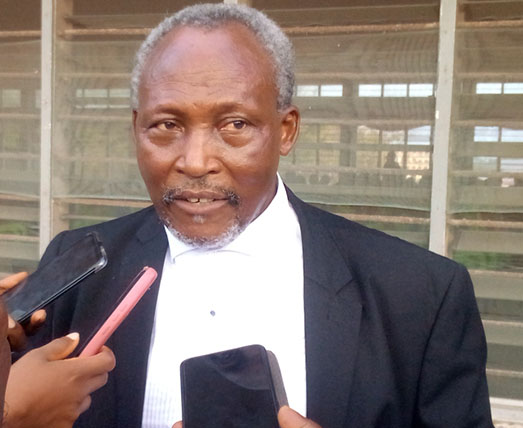 Lawyer Nana Kondua, one of the prominent lawyers in the Western Region, has officially launched his autobiography titled “From A Labourer To A Lawyer.”

According to the lawyer, the book was published to encourage the youth to appreciate the fact that finding themselves in any challenging situation did not mean that they could not make it in life.

The book narrates lawyer Kondua’s life history from primary school to the Ghana School of Law.

Addressing the gathering, the author revealed that he was motivated to write about his life because “life is not a hundred meters race for people to rush anything they want to achieve.”

“People should take their time and work very hard for the realisation of whatever they want to achieve in life,” he added.

He also stated that his autobiography is his way of contributing towards the creation of a body knowledge that is needed to inspire the youth.

He pointed out that he struggled to educate himself through foreign correspondences after his Middle School education.

He told the audience, most of whom were students, that he paid his fees all by himself at the University of Ghana and the Law School.

“I did menial jobs, starved and denied myself of the pleasures of life to complete my education,” he told the youth.

He expressed appreciation to all who helped and encouraged him to come out with his autobiography and was hopeful that the people, particularly the youth would go for the book to read.

Nana Kobina Nketsia who chaired the launching described the writer as a remarkable story-teller, with infectious creativity, who also exhibit impeccable skills in his field of work.