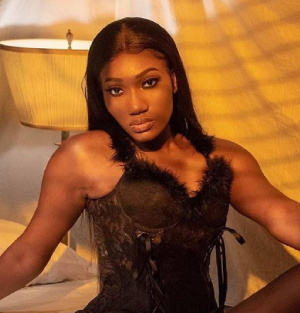 According to her, it’s imperative that colleagues in Ghana are directed in what to do to earn them such recognition going forward.

Wendy Shay made this known in a tweet she shared.

The artiste who is one of Ghana’s leading female artistes said there seem to be more to the nomination than just applying and therefore they need to be educated on the pros and cons.

“Chairman @RockyDawuni Show us the Grammy way cos connection dey pass application,” she said in a tweet.

USA-based Ghanaian Rocky Dawuni has been nominated yet again, for an award at the Grammys.

The announcement was made at the Grammys nomination ceremony in a livestreamed event by the Recording Academy on Tuesday, November 23, 2021.

He is contending for the Best Global Album with his Voice of BunBon, Vol. 1 album against the likes of Daniel Ho & Friends, Angelique Kidjo, Femi Kuti, and Wizkid.

This is the second Grammy Award nomination for the USA-based Ghanaian Reggae Singer, with his 2015-released Branches of the Same Tree album, winning him a nomination at the 2016 Grammys for Best Reggae Album.