Efia Odo Proves She’s Kwesi Arthur’s No.1 Fan As She Hangs Out With Him In The Club [Video] 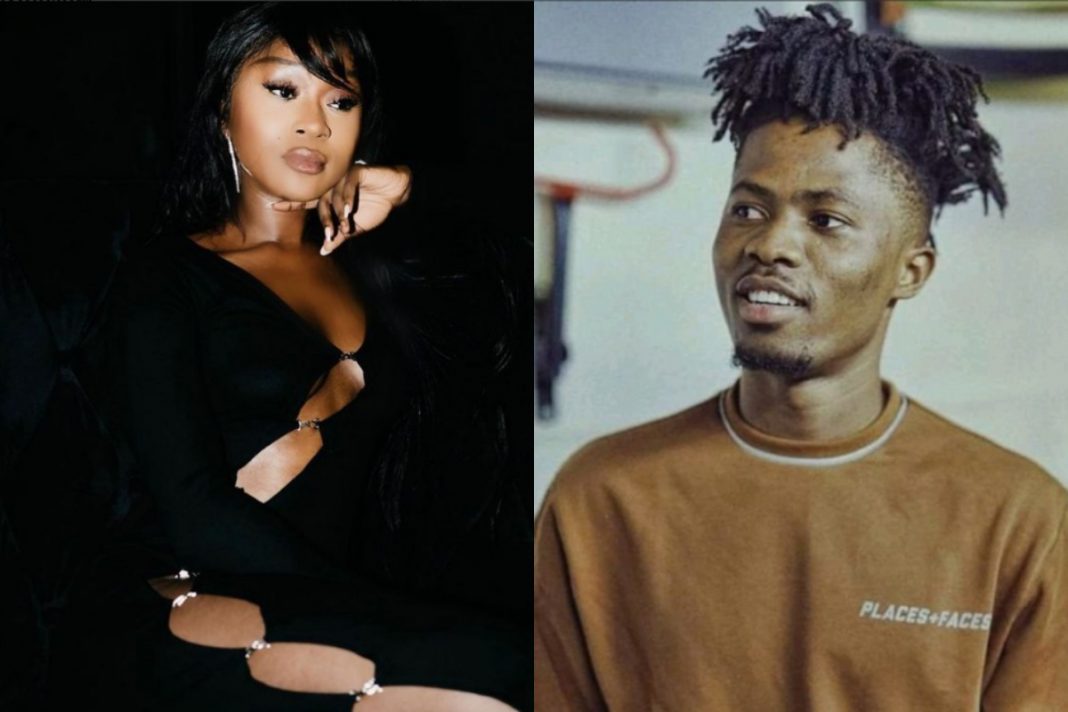 Following claims made by the rapper, Sarkodie and the screen-goddess, Nana Ama Mcbrown of being the biggest Kwesi Arthur fan, Efia Odo has invalidated their claims as she spends some quality time with the Tema-based rapper in a club.

READ ALSO: “My Father Stopped Me From Pursuing My Dream To Become A Rapper, I’m Now A Comedian”-Afia Schwarzenegger Reveals

Ever since Kwesi Arthur emerged into the scene, Efia Odo has been known to be a staunch member of his fanbase. On numerous occasions, she has defended and supported the rapper’s craft.

Although there have been rumors of her having a secret intimate relationship with the rapper, Efia Odo has debunked these claims and continues to stand out as the No.1 Kwesi Arthur fan in the world.

A video has been sighted on social media, Efia Odo was seen performing her No,1 fan duties as she hanges out with Kwesi Arthur in a club.

In other news, Ghanaian Afrobeat/Highlife singer, Gregory Bortey Newman, affectionately known as King Promise was hailed by many Ghanaians on social media following the intimating performance he gave at the O2 Arena during Wizkid’s “Made In Lagos” concert in London.

King Promise became one of the few musicians from Africa, Ghana to be specific to perform at the multi-purpose indoor event center which has about 20,000 capacity.

Due to his affiliations with the Nigerian superstar, Wizkid, King Promise had the chance to perform alongside the Nigerian star and other top-tier musicians including America’s music icon, Chris Brown who also made a surprise appearance on the stage for the first time in 10 years since he performed in London.