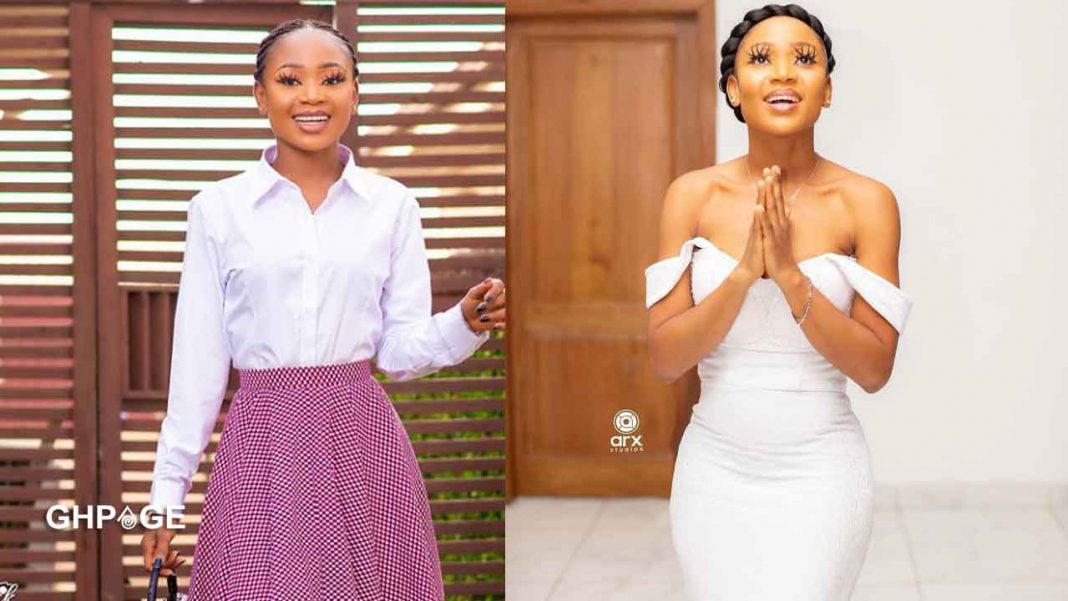 An Accra High Court has dismissed Akuapem Poloo’s appeal over a 90-day jail term. This means Akuapem Poloo will now serve her 90 days jail term imposed on her by the Circuit Court.

The High Court in Accra presided over by Justice Ruby Aryeetey has dismissed an appeal filed by Rosemond Alade Brown popularly known as Akuapem Poloo challenging her 90 days custodial sentence.

The court while affirming the Circuit Court decision said, the punishment imposed was to cause much harm to the convict which will then become a deterrent to herself and others.

To this end, the court said, the decision of the Circuit was right and the High Court will not interfere with it.

The court has also ordered that her son should be given to any competent person in the family to take care of him.

Akuapem Poloo is currently sobbing while the court has indicated, she should continue her jail terms from where she left off from Nsawam.

Recall somewhere in April this year, Akuapem Poloo was released from the Nsawam Female prison three days after she was granted bail by the High Court in Accra.

The socialite regained her freedom after she fully met the bail conditions as set out by the criminal division of the Accra High court.

The court granted her bail in the sum of GHc80, 000 with two sureties. In addition to the bail, she is to report to the case investigator every two weeks and is to deposit her passport with the registrar of the court.

Poloo was sentenced to serve a 90-day jail term by the Circuit Court in Accra after pleading guilty to three charges including publication of obscene materials involving her 7-year-old son.