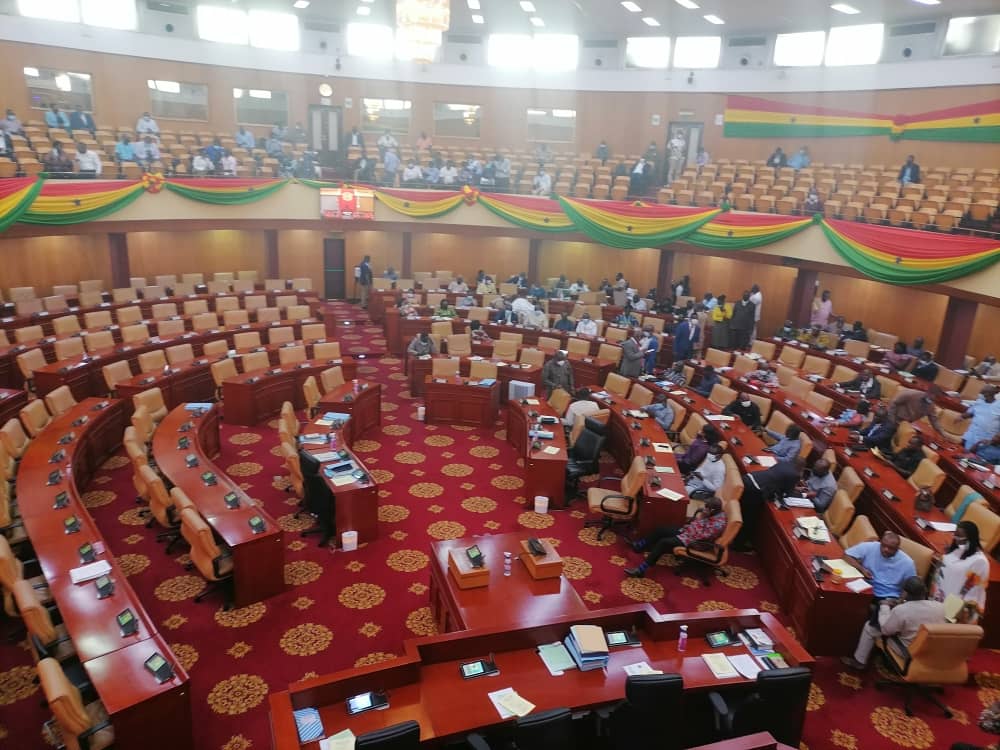 There was near pandemonium in Parliament after First Deputy Speaker, Joseph Osei Owusu, dismissed a motion by the Minority to overturn the approval of the 2022 Budget statement and economic policy.

This comes just a day after an earlier rejection of the Budget by the Minority Caucus had been rescinded and approved by the Majority Caucus.

They argued that, the House rescinding and approving the Budget was unconstitutional and breached the House’s standing orders.

But, Hon. Osei Owusu, popularly known as Joewise, said the Majority did not err in approval the 2022 budget.

Some angry Minority MPs rushed to where the Speaker was sitting to confront him and were prevented by their colleagues on the Majority side.

Member of Parliament for Ashaiman constituency, Ernest Norgbey, angrily pulled the Speaker’s chair in disagreement over his ruling.