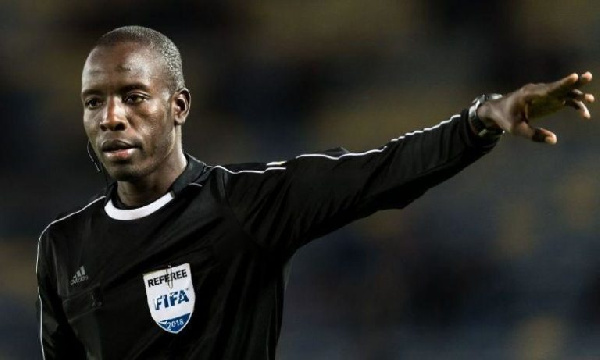 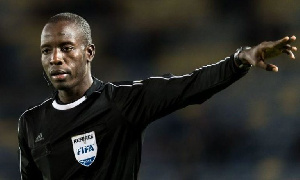 Ndiaye Maguette, the Senegalese referee who handled the World Cup qualifier between the Black Stars of Ghana and the Bafana Bafana of South Africa committed 47 errors, South Africa coach Hugo Broos has alleged.

According Broos, a detailed analysis of the game by the South African Football Association has brought to light the grave errors made by referee in the game.

He explains that referee Ndiaye made 71 calls, 47 of which he and SAFA view to be wrong.

Hugo Broos further alleged that Ghana benefited from 90% of the supposed wrong calls made by the referee.

He is however unable to state whether the calls were genuine errors by the referee or were influenced by other factors.

He is also in the dark over whether the referee was influenced or succumbed to pressure at the Cape Coast stadium.

“Fifa met on Tuesday,” Broos told HLN Sportcast. “We expect a decision in the course of this week. It’s not just about the penalty kick, it’s about the whole game. The referee made 71 decisions, 47 of which were foul. The analysis has shown that. And 90 percent of those 47 wrong decisions were against us.”

“You have to be able to prove something like that in black and white. Was he bribed? Wasn’t he pressured? Or was he just having a really bad day? The numbers are there, but is that enough for FIFA? I personally think that it will remain with a suspension for the referee and that we should not count on a replay.”

The game played on November 2021 at the Cape Coast Stadium has caused a row between the football associations of the two countries.

The South Africa FA has accused the referee of match manipulation and followed it up with a petition to FIFA.

The Ghana Football Association in a strongly-worded response called out SAFA and accused them of not displaying sportsmanship.

It was expected that the verdict will be delivered on November 27 but it has been delayed with no official reason given yet.