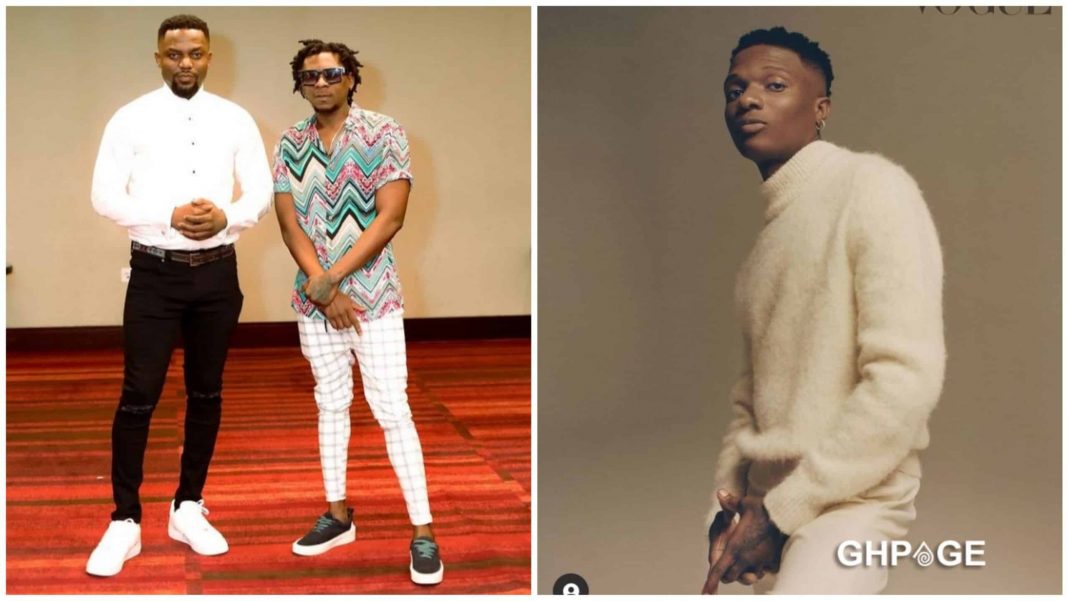 Mugeez and Paedae of R2Bees music duo have finally reacted to the complaints from their fans that Wizkid doesn’t show them the love they showed him when he was an up-and-coming artiste.

In an interview with HITZ FM’s Doreen Avio, the music stars refuted such claims by recounting some instances where Wizkid pulled in a surprise support for them.

Talking about why they have never performed on an international stage with Wizkid unlike the others, R2Bees clearly stated that and their friendship with him makes it even simpler for them to join him on stage whenever they want but they don’t want it that way.

They went on to add that, they want to win local honours and applause before they think about international invasion so critics should dead that talk that Wizkid doesn’t support them.

In the dying minutes of the interview, R2Bees stressed with emphasis that they are top artists and doesn’t need the support of Wizkid to blow.

The conversation about Wizkid not supporting R2Bees has been lingering around for quite some time now.

Many Ghanaians have complained bitterly about the fact that Wizkid doesn’t give R2Bees the greenlight to perform with him on stage with the notion that such a gesture will push the music duo into the international limelight.