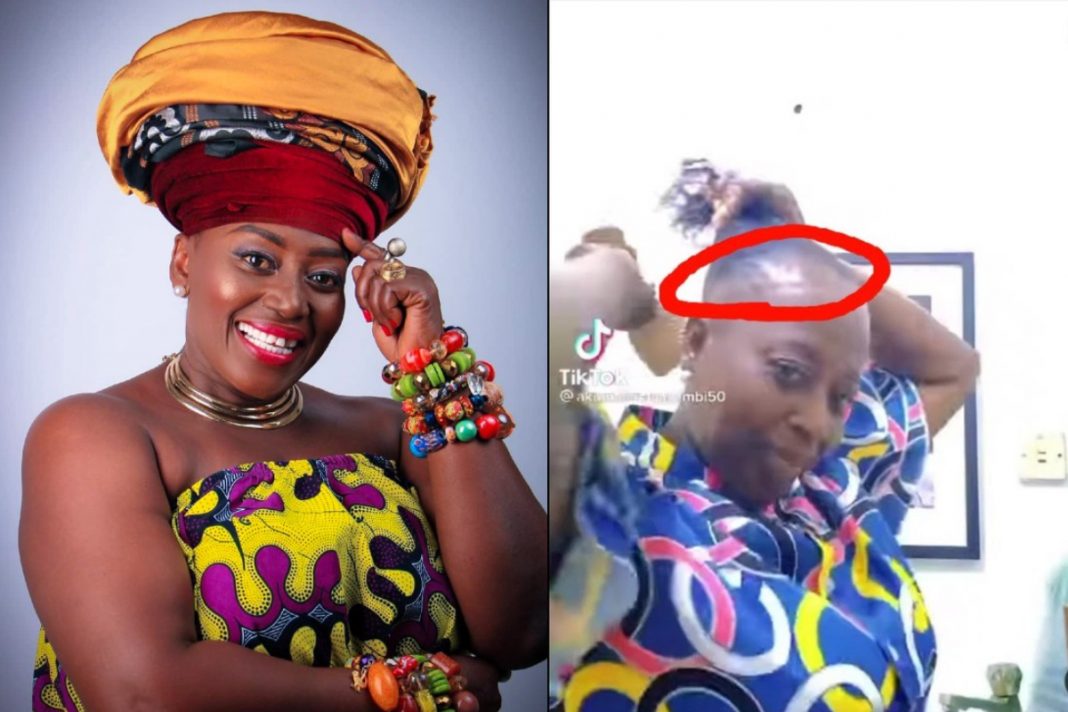 Ghanaian have been taken aback after seeing the actual and full shape of television presenter and s.ex coach, Akumaa Mama Zimbi’s head.

Akumaa Mama Zimbi legally called Joyce Akumaa Dongotey-Padi in a video on Tiktok removed her scarf for the first time on social media.

Akumaa Mama Zimbi’s brand is typified by her huge scarfs on her head but this time she decided to take it off and it showed her receding hairline which others also described as bald.

Whilst others urged her to always wear it cover her head, others attributed the baldness and receding hairline to the constant wearing of the scarf. Others have also revealed that she has been dealing with a rare medical condition known as alopecia

Check out the snapshots and some of the reactions below;

Away from this, a young man’s obsession to sports betting has gotten out of hand as he was spotted checking his BetWay results inside church whilst service was ongoing.

In a video privy to Ghgossip.com, the unidentified man is seen scrolling through the betting site probably to see if he won the recent bet he staked.

What fascinates social media users is the fact that the man could not wait for service to be over to peruse through his bets as he was doing it whilst a singer was ministering a spirit-filled song and he did not give reverence to the fact that he was in God’s presence.