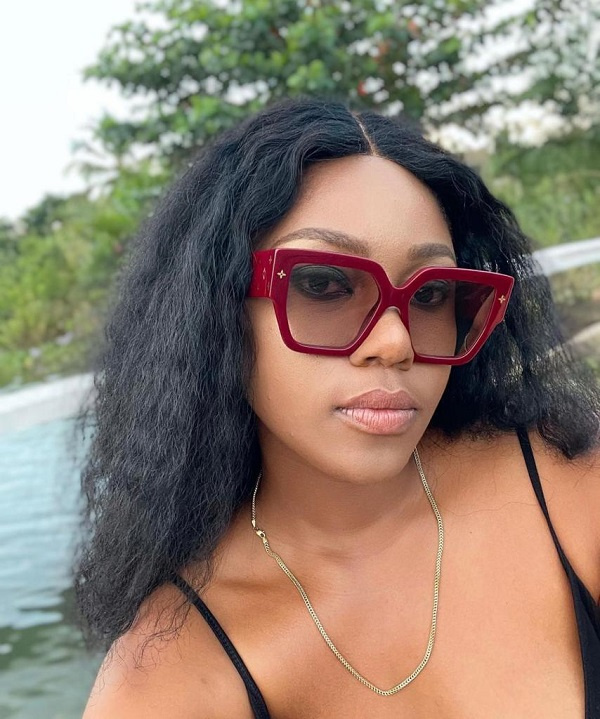 Yvonne Nelson reveals why Ghana’s movie industry is not progressing

Ghana’s award-winning actress, Yvonne Nelson, has stated that some of her colleagues do not show dedication and commitment when called to star in a movie project.

According to Yvonne, the local movie industry is not progressing because her “peeps are just not serious.”

The celebrated actress did not mince words when she called out persons who are collapsing the industry with their poor attitude towards work, this she lamented draws investors away.

Although she specifically did not name any ‘unserious’ actor, Yvonne, who doubles as a movie producer, was upset judging from her rants on her Twitter platform.

Yvonne Nelson has revealed that she has had enough from her people, adding that she will no longer tolerate any unprofessional behaviour when it comes to working with a crew.

Check out her posts below: 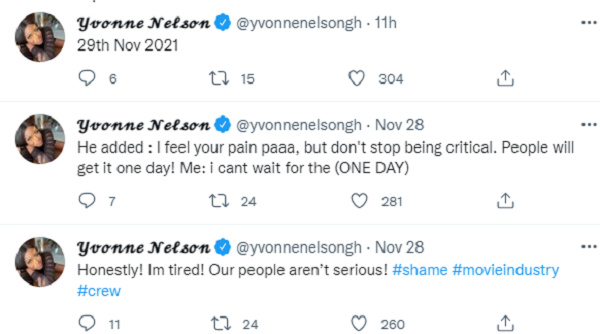