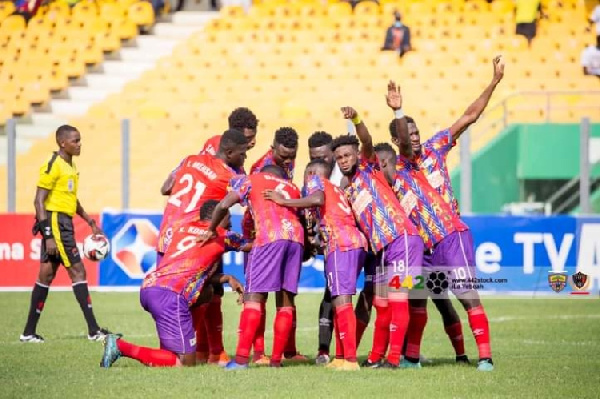 JS Sauora President, Mohamed Zerouati has claimed that they lost their CAF Confederation Cup game in Ghana because Accra Hearts of Oak sprayed their dressing room with a strange product.

The Algerian club lost 2-0 at the Accra Sports Stadium on Sunday, November 28, 2021, as Ibrahim Salifu and Agyenim Boateng scored to give the Phobians a 2-0 advantage ahead of the second leg.

It was a game that Accra Hearts of Oak dominated and could have scored five goals but the inefficiency of the Phobians prevented them from getting a huge score line before the return leg in Algeria.

Zerouati has claimed after the game that the dressing room allocated to his side was sprayed with something and they couldn’t stand the smell because it was strange.

“When we arrived and during our first training session at the stadium that will host the game, we reported a weird smell a strong, very unpleasant odor. We were promised that the problem will be fixed but on matchday we ran into the same problem, it’s weird.” he told the press upon his arrival in Algeria as reported by Sportsworldghana.com

“We do not know what it is but maybe is something they did to defeat us in the game,” Zerouati said.

JS Sauora will host Accra Hearts of Oak in Algeria for the return leg on Sunday, December 5, 2021.