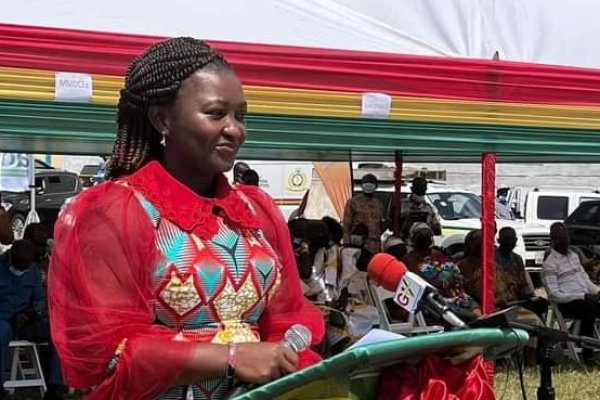 Cape Coast, Nov. 30, GNA – The government has supported more than 500 poultry farmers in parts of the Central Region to expand their farms and create jobs. 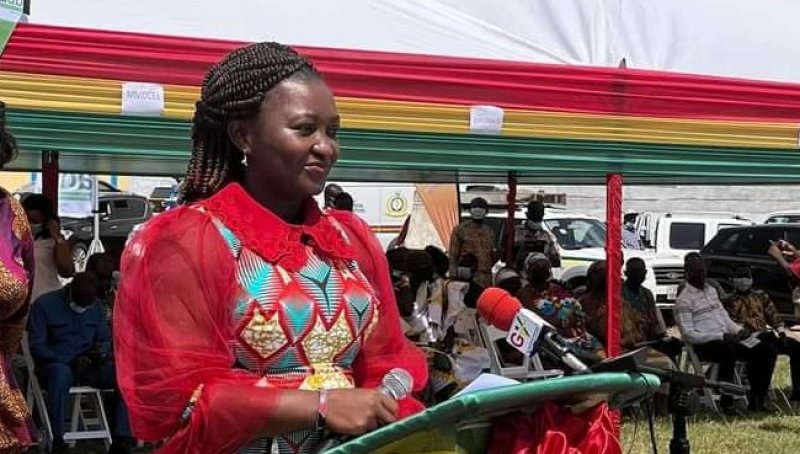 They were supplied with 5,000 cockerels and 1,000 piglets at subsidised prices for breeding as part of the Ministry of Food and Agriculture’s (MoFA) Rearing for Food and Jobs (RFJ) programme.
Mrs Justina Marigold Assan, Central Regional Minister disclosed this when she took her turn at the ongoing National Farmers’ Day celebration and Trade Exhibition in Cape Coast.
Monday’s Fair was mounted by Central, Western North, Bono, Eastern and Northern Regions who also displayed parts of their colourful culture and traditions through dancing, drumming and music.
The other Regions will take their turns in subsequent days.
The Day, scheduled for Friday, December 03, on the theme: “Planting for Food and Jobs; Consolidating Ghana’s food systems”, is expected to recognize and celebrate farmers Nationwide for their immense contribution to national growth and development.
The RFJ initiative seeks to develop a competitive and more efficient livestock industry that increases domestic production, reduces importation of livestock products and contributes to employment generation.
The programme, under the broader Planting for Food and Jobs (PFJ), the module was officially launched by President Nana Addo Dankwa Akufo-Addo at Wa in 2019 to address issues associated with livestock development in the country including, but not limited to poor genetic quality of breeds used by farmers.
It also seeks to solve poor nutrition, animal health; poor and inadequate livestock housing structures/equipment; inadequate agricultural extension service and developing and promoting the livestock value chain.
Meanwhile, under the Planting for food and Rural Development Programme, a total of 8,943 cashew, oil palm, coconut, mango and cocoa seedlings have been distributed to farmers in all the 22 Metropolitan, Municipal and District Assemblies (MMDAs) in the region.
More than 237,000 farmers in the Region are now growing rice, cowpea, maize and vegetables under the PFJ since its inception in 2017.
The government had also built six warehouses under the one District, One Warehouse (1D1W) in Awutu Senya East, Assin Fosu, Cape Coast, Twifo Atti-Morkwa, Upper Denkyira West and Upper Denkyira East Districts.
Relatedly, under 1D1F, Mrs Assan reassured that the Ekumfi Fruits and Juices Processing factory, Casa de Ropa factory and Peterfield & Rey factory who are largely into fruit processing and bakery were functioning effectively.
Outgrower farmers had been organised into groups for the production of pineapple, orange, sweet potatoes to feed the three factories to ensure continuous production.
Reiterating commitment to e-agriculture and environmental sustainability for sustainable food production, Mrs Assan said, the Center for No-till Agriculture located at Kobina-Ansa, a suburb in the Mfantsiman Municipality had been established.
It seeks to engage farmers in the conservation of agriculture, a proven system to cultivate healthy soil, restore nutrients and depleted land ad also conserve water, manage weeds, pest and increased yields in environmentally friendly climate.
Wooing investors, she said, the Central Region was naturally positioned with over 71 percent of its nearly three million population being engaged in agriculture and related activities.

Executive to get tricky on SOEs failing to fulfill responsibility necessities

National boycott of MoMo, e-transactions will result in any other U-turn