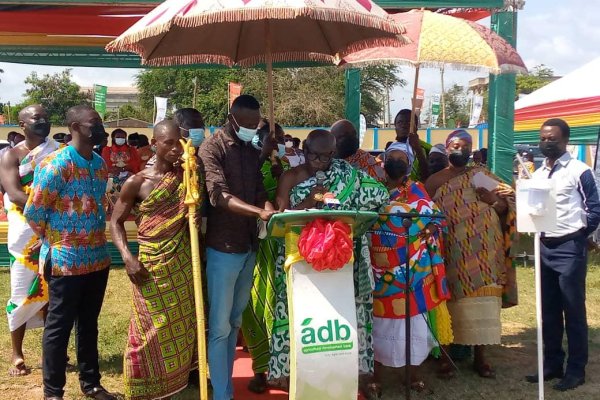 Cape Coast, Nov.29, GNA- Ehunabobrim Prah Agyensaim VI, Paramount Chief of Owirenkyi Traditional Area, has urged Government to channel financial resources to the Agricultural Sector because it had the potential of changing Ghana’s economy for the better. 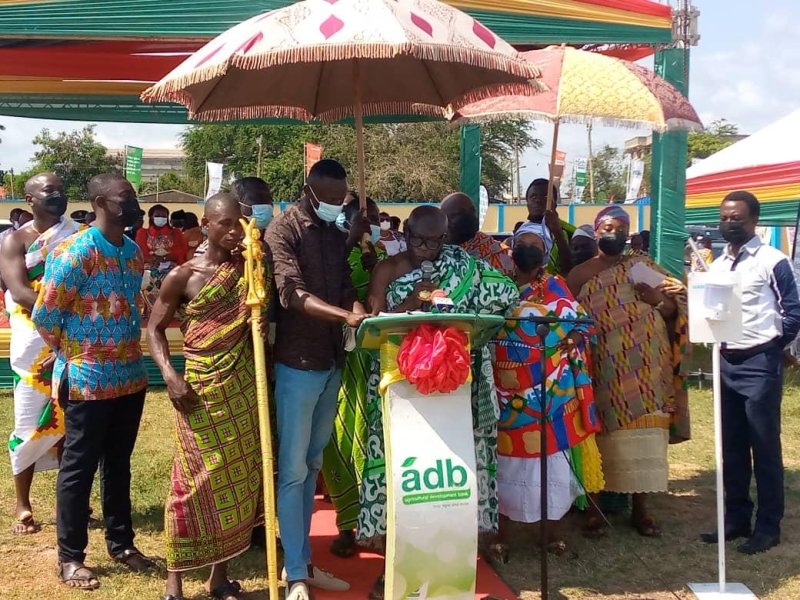 He said Agriculture could make a difference in raising the country’s Gross Domestic Product (GDP) if it was not taken for granted.
He made the appeal at the official launch of the 37th edition of the National Famers Day, which was heralded by an Agricultural Fair and Trade Exhibition at the Adisadel School Park in the Central Regional, Capital, Cape Coast on Monday.
Monday’s Fair was mounted by Central, Western North, Bono, Eastern, and Northern Regions who also displayed parts of their colourful culture and traditions through dancing, drumming, and music.
The other Regions will take their turns in subsequent days.
The Day, scheduled for Friday, December 03, on the theme: “Planting for Food and Jobs; Consolidating Ghana’s food systems”, is expected to recognize and celebrate farmers Nationwide for their immense contribution to national growth and development.
He said the sector for past years has provided the needed foundation for sustained economic growth and there was the need to strengthen the efforts to achieve greater heights.
Ehunabobrim who was the guest of honour, said the industry could attract a lot of experts, investors, and idealists who would be motivated to also channel their resources in that direction.
He urged the youth to constructively challenge the corridors of powers, push harder and mount pressure on the Government to inject huge capital into Agriculture because it was their future.
He also admonished them to take full advantage of every initiative presented by the Government to help promote the sector.
“Every initiative including the One District, One Factory (1D1F), Rearing for Food and Jobs, Planting for Food and Jobs and Planting for Export and Rural Development are our projects, let’s own it and grow the Agricultural Sector” he encouraged.
Dr Owusu Afriyie Akoto, Minister for Food and Agriculture (MoFA), said farmers remained a priority on the agenda of the government in its quest to modernise the agriculture sector to grow the economy.
He said the successes chalked by the sector were through the hard work of farmers and the Government’s strategized initiative, adopted and implemented.
He said the Government was doing its best to supply inputs and agro products and chemicals for farmers to assist them in their daily activities for improved yields.
On food security, Dr. Akoto said Ghana remained very secure as farmers Nationwide were bent on producing quality and bountiful produce from their hard work.
He said it was undoubtedly true that food insecurities led to poverty, anger, and hunger, and unwarranted conflicts and that was why Ghana had adequately planned to avoid such occurrences.
Mrs. Justina Marigold Assan, the Central Regional Minister, said the success of farmers was as acres of the favorable environment created by the Government under its Planting for Food and Jobs and other Agricultural interventions.
She said the theme for this year’s celebration was apt because there was the need to continue to merge food systems to be able to produce enough to feed the growing population and export the excess for foreign exchange.
She commended farmers for their priceless contribution to the Agricultural Sector and National development in totality.
The occasion was collectively organised by the Ministry of Food and Agriculture, Ministry of Fisheries and Aquaculture, and the Central Regional Coordinating Council (CRCC).
GNA