Fact Check: The Lady In The Viral Video Seen Drinking Alcohol At A Bar Is Not Mummy G.O 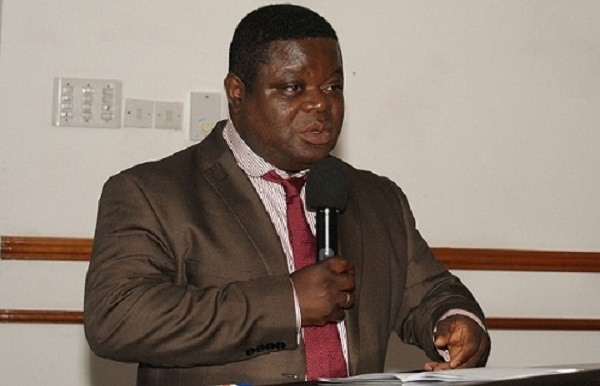 Director of the Institute of Statistical, Social and Economic Research (ISSER) of the University of Ghana, Professor Peter Quartey has noted that the government’s budget statement for the 2022 fiscal year is very ambitious.

Speaking in an interview with TV3 on Monday, November 29, he said, “Within a year you are going to increase your revenue by over 42 per cent, it is very ambitious in my view. I don’t think the e-levy alone would make up for that. Same with the fiscal consolidation, we may achieve something but I don’t think we might hit the 7.4 per cent. Even that, already people are agitating and speaking against the e-levy and some of the levies proposed.”

The E-levy has been rejected by some Ghanaians. For instance, the Minority Leader Haruna Iddrisu said the E-levy policy proposal in the 2022 budget statement is a disincentive to the growth of digital economy.

To that end, he said, the Minority would not support it.

Speaking at a post budget workshop in Ho on Saturday, November 20, he said “Mr Speaker, understandably, we see that the Minister of Finance seeks to introduce some measures including the now popularly declared e-levy or digital levy as some have quite named it.

Finance Minister Ken Ofori-Atta announced a new levy to be charged by government in 2022 on all electronic transactions to widen the tax net and rope in the informal sector.

“It is becoming clear there exists enormous potential to increase tax revenues by bringing into the tax bracket, transactions that could be best defined as being undertaken in the ‘informal economy’,” Mr Ofori-Atta observed on Wednesday, November 17 as he presented the 2022 budget statement in Parliament.

“After considerable deliberations, government has decided to place a levy on all electronic transactions to widen the tax net and rope in the informal sector. This shall be known as the ‘Electronic Transaction Levy or E-Levy’.”

This will, however, not affect transactions that add up to GH¢100 pr less per day.

“A portion of the proceeds from the E-Levy will be used to support entrepreneurship, youth employment, cyber security, digital and road infrastructure among others.”

This new levy was scheduled to start Saturday, January 1, 2022.

In 2020, total value of transactions was estimated to be over GH¢500 million with mobile money subscribers and users growing by 16 percent in 2019.

According to a Bank of Ghana report, Ghana saw an increase of over 120 percent in the value of digital transactions between February 2020 and February 2021 compared to 44 percent for the period February 2019 to February 2020 due to the convenience they offer.

This was definitely heightened by the advent of Covid-19 especially during the lockdown.

But Parliament has rejected the budget statement.

The Majority members had staged a walkout during proceedings on Friday, November 26 but that did not stop the Speaker, Alban Bagbin, from ruling on the motion.

He had given a five-minute break for the Majority members to resume their seats.

But after the time elapsed, Speaker Bagbin ruled that the budget has been rejected after the members present overwhelmingly shouted ‘No’.

Following this development, the Majority Leader in Parliament, Osei Kyei-Mensah-Bonsu, is accusing the Speaker, Alban Sumana Kingsford Bagbin, of partisanship in the manner which he handled the motion by the Finance Minister on the 2022 budget statement and economic policy of government.

The motion, as presided over by the Speaker on Friday, November 26 in the absence of the Majority, was lost.

But in spirited challenge to events that unfolded in the House on Friday, the Majority says the Speaker’s actions were unconstitutional and the legal references he fell on to go ahead with the votes were incongruous.

“We want to put it on record that the Speaker was totally wrong in what business he purportedly undertook in the House in our absence,” the Suame Member of Parliament said.

“Now, what exercise he led for our colleagues on the other side to take a decision on related to a request from the Minister to be allowed space to engage both sides of the House in order to have some consensus and the position that the two sides of the House had adopted.”

The longest-serving MP says he struggles to recollect in the current Republic when a prayer by a minister to revise a position on a motion has been denied by a Speaker.

“When has this happened?” he wondered.

“But be that it may [the Speaker] went ahead, did what he did in our absence because we were not in the chamber. Then went ahead to state that the motion on the budget as moved by the Minister of Finance on Wednesday, November 17 is lost.

“That whole procedure in unconstitutional. As far as we are concerned, it is null and void and it has no binding effect on anybody.”

It is unclear what next action will be taken by the Majority as the Speaker is set to travel to the United Arab Emirates (UAE) for a medical review.

The Majority Leader insists Mr Bagbin, who had served as MP since the start of the Fourth Republic until his election as Speaker in 2021, ought to have known the rules better in referencing Article 104 instead of Article 102.

“Assuming without admitting that he had 137 members in the chamber, they were still less than one half of the 275 and by necessary implication, that exercise that he engaged in or supervised is a complete nullity and I believe that whoever presided should bow down his head in shame.”