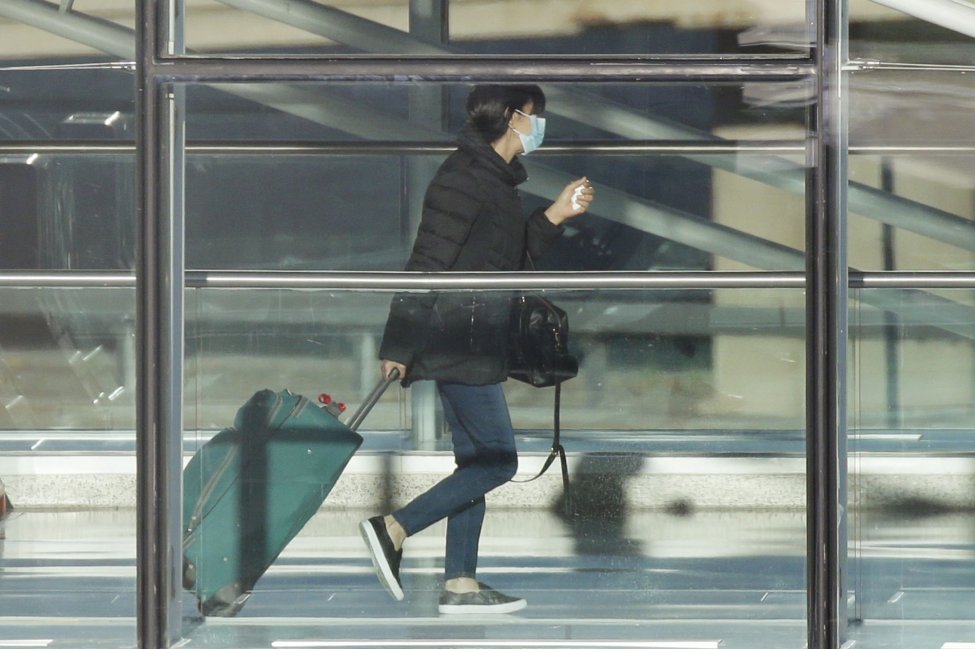 A travel ban on Monday went into effect in the United States that will block arrivals from South Africa and several other nations in southern Africa in an effort to prevent spread of the COVID-19 Omicron variant. File Photo by John Angelillo/UPI | License Photo

Nov. 29 (UPI) — Scientists around the world are scrambling to understand the new Omicron variant of COVID-19, identified last week — its symptoms, severity and contagion.

Governments have reacted with travel restrictions hoping to contain the spread of the variant, which was first identified in South Africa and has since been reported in nearly a dozen countries. No deaths have been linked to the variant.

Scientists have found Omicron’s mutations could help it evade immunity — whether from vaccination or previous COVID-19 infection — but say more research is needed.

“Existing vaccines are [still] likely to provide a degree of protection against severe cases” of the virus, Dr. Anthony Fauci, director of the National Institute of Allergy and Infectious Diseases, said in a statement released by the White House on Sunday night.

However, “it will take approximately two more weeks to have more definitive information on the transmissibility, severity and other characteristics of the variant,” he said in the statement.

Here’s what is known about Omicron so far.

The first patient infected with the Omicron variant, a 33-year-old man in South Africa, developed “unusual symptoms” compared with those of the Delta strain, Dr. Angelique Coetzee, chairwoman of the South African Medical Association, told the BBC on Sunday.

The patient reported severe fatigue and pain, including a mild headache, for several days prior to testing positive for the virus, she said.

He did not develop a sore throat — but had a “scratchy” throat — and did not experience a cough or loss of taste or smell, Coetzee said.

A sore throat, cough and loss of sense of taste or smell are common symptoms of earlier strains of COVID-19, including the Delta variant, which has been the predominant one in the United States since the spring, according to the Centers for Disease Control and Prevention.

The Delta variant is also known to cause more severe headaches, runny nose and fever.

“Anyone can have mild to severe symptoms” that may appear two to 14 days after exposure to the virus, CDC says.

The symptoms of COVID-19, regardless of variant, include fever or chills, a cough, fatigue, shortness of breath or difficulty breathing, muscle or body aches, headache, new loss of taste or smell, sore throat, congestion or a runny nose, nausea or vomiting and diarrhea.

In the United States, where just under 60% of the eligible population is fully vaccinated, the Biden administration is urging people to get booster doses if it has been six months or more since their last dose.

There is no evidence suggesting that the available vaccines from Johnson & Johnson, Moderna and Pfizer-BioNTech will not offer protection against severe illness from the Omicron variant, experts have said.

However, all three manufacturers are testing their vaccines against the new strain and have said they will modify their formulations if needed.

A redeveloped Moderna COVID-19 vaccine that would be effective against the Omicron variant could come as soon as early 2022, Dr. Paul Burton, the company’s chief medical officer, said on BBC’s Andrew Marr Show on Sunday.

Meanwhile, Pfizer-BioNTech executives told Fox News that they expect to be able to develop and produce a tailor-made vaccine against the variant, if needed, in about 100 days, pending regulatory approval.

Physicians in South Africa first reported seeing patients with symptoms of the new variant on Nov. 18, and it is spreading more rapidly in the region than previous strains, the World Health Organization said.

Omicron has 32 genetic mutations compared to earlier variants of the virus, which may give it “an advantage in transmissibility and that it might evade immune protection” from prior infection or available vaccines, Fauci told NBC on Sunday.

South Africa has seen a “big spike” in COVID-19 cases since early November, with more than 22,000 confirmed infections, according to the country’s health department.

Less than 25% of the population there is fully vaccinated against COVID-19, it said.

Since the first case was announced in South Africa, cases have also been found in Britain, Canada, the Czech Republic, Hong Kong, Botswana, Belgium, Germany, Australia and Israel.

Although it is likely the variant has already spread globally, the Delta variant is still responsible for most of the current infections globally, the WHO said.

“Over 99% of cases around the world are due to the Delta variant and more deaths are occurring in the unvaccinated,” WHO chief scientist Soumya Swaminathan told CNBC’s Squawk Box Asia on Monday.

“I think that’s our priority while we wait to find out more about [the new] variant,” she said.